Indira Raman isn’t someone who wanted to be a scientist from the age of four. Instead, she thought she wanted to study mathematics and linguistics.

Her father, who held degrees in science and math and spoke more than 15 languages, had another suggestion. “Study science”, she remembers him telling her when she was 16, “math is best as it serves science, and you can always learn languages on your own”. Raman was blessed with a father whose advice she had learned to trust. With more logic than the average teen, she retreated to her room to figure out what she could study that would meet her father’s approval while still sounding interesting to her.

“I sat and I thought about what it was that made mathematics and language interesting, and I thought, ‘well, it’s code, right? Once you learn how language works or how math works it’s like the key to everything’”. That’s how she found her way to the brain. “I started thinking that our ability to learn language must be in the brain, and the way it worked must be sort of mathematical, and so I marched downstairs and told my father, “I’m going to study the science of the brain”.

That decision paid off. She found a degree in neurobiology and behaviour at Cornell University that launched a career she hadn’t imagined. “I had no idea what I was getting into, but it turned out to be very interesting and it actually turned out to play to a lot of the things I was good at—or else I managed to tumble into an area of the field that worked for me”. 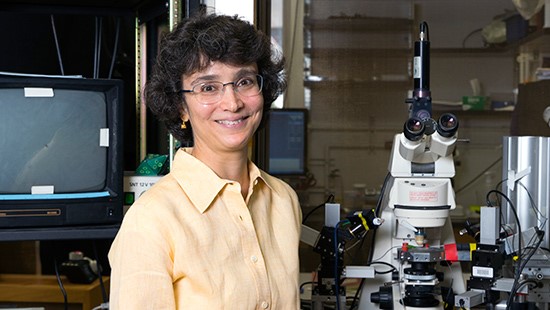 For her postdoc, Raman wanted to work with Bruce Bean at Harvard Medical School. She says she found his work on electrophysiology beautiful. She tried to come up with a question about Purkinje cells in the cerebellum—which he was working on along with many other cells—in order to convince him to let her join his lab. Purkinje cells are the principal cells of the cerebellum involved in movement, and Raman said she remembered something odd she’d read about them as a graduate student: “Instead of sending signals that were excitatory, that would make the next neuron make a signal, they sent signals that were inhibitory, that silence the next cell. And I thought, ‘well how can that work for movement’? Because movement is like doing something, not not doing something”.

She posed the question to Bean, and although her work in his lab went a different direction, the question continues to drive her work today. “When I got to my own lab I thought, ‘you know I still actually really am interested in that question’, and my interest in it had matured in a way that I could articulate the question a little bit better than I could earlier on”.

Raman says she’s always preferred to start with the bits and pieces and build up, rather than start with the big questions and work backwards. “It’s really only in the last five years that I really felt like I understood enough about the bits and pieces to start thinking about what is really the code that they are transmitting, and it was only then that I got interested in movement and motor control.” 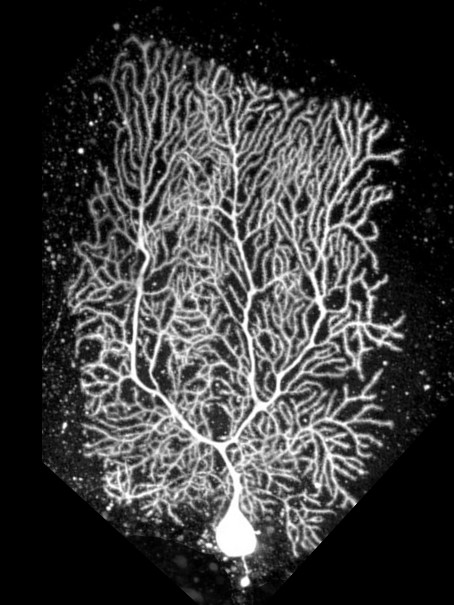 That shift is also when Raman began to identify herself as a cerebellar physiologist instead of as an ion channel biophysicist. “It’s the difference between being a grammarian and being a poet,” she says. “Most people think grammar is boring. No one really wants to talk to the grammarian, but the grammarian can see how everything works. And if you understand grammar and syntax, then in a way you’re well placed to write poetry, because you understand the way that the words work together. It makes you understand what you get when you assemble the nouns and the verbs and the adjectives in certain ways, and helps you see what happens when you violate certain rules of syntax—which works in poetry—and when you adhere to them. And you can understand how to use those changes to convey different things”.

That’s a fairly tall order, and researchers have been working to find it out for a long time. But even if Raman finds out, she doesn’t expect to be satisfied. “I have lunch with a colleague with mine and she teases me because she says that I always say, ‘There’s just one more thing I want to do and then I’m ready to retire’, and it’s always what I’m working on right now. After I finish my current projects, I can guarantee you there’s going to be another thing that is the one big question I want to answer on the other side.”

Indira M. Raman is a Professor in the Department of Neurobiology at Northwestern University, where she holds the Bill and Gayle Cook Chair in Biological Sciences and was a Charles Deering McCormick Professorship of Teaching Excellence. Her research is in the areas of ion channel biophysics, synaptic transmission, and cerebellar physiology, and she is the recipient of a Javits Neuroscience Investigator Award from NINDS. She has served on several NIH committees, including the National Institute of Neurological Disorders and Stroke Advisory Council, and has held editorial roles for multiple scientific journals. Essays in which she has expressed her perspectives on scientific research and training have been published in Neuron and eLife.