Light-sheet microscopy is one of the key tools used by neuroscientists to create 3-D images of the brain. The process allows researchers to take a tissue sample, treat it with either an organic or an aqueous solution to render it transparent, and then use a specialised microscope to take a picture of each “slice” of the brain, all without making any actual cuts in the sample. The process saves a huge amount of labour, produces higher quality data, and takes a fraction of the time that other imaging methods require. 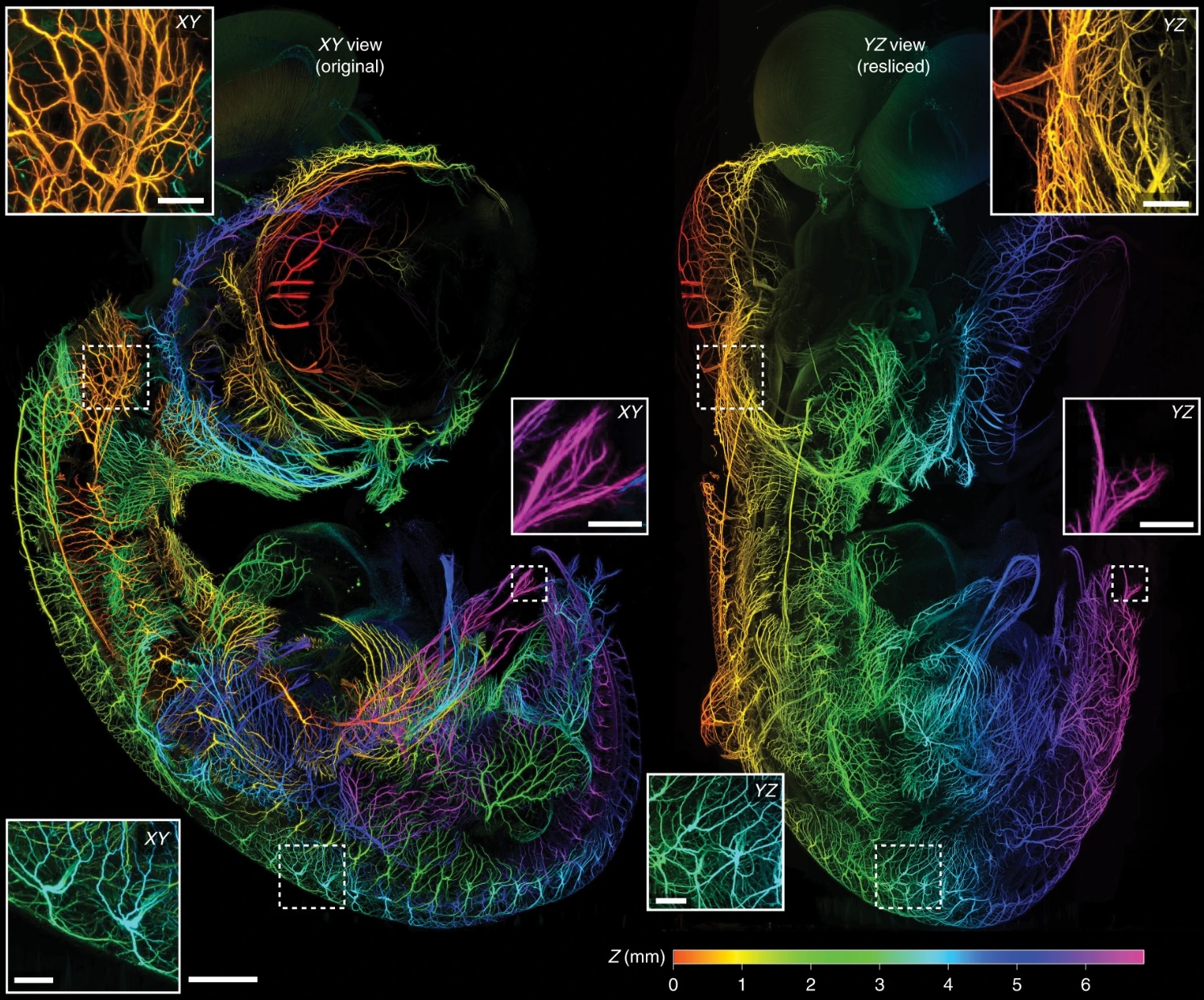 But while methods of clearing samples have improved over the past decade, Fabian Voigt noticed that the instruments used to image the samples have not kept up. Voigt, a PhD student at Fritjof Helmchen's lab at the University of Zürich, became frustrated that most instruments are not suitable large samples or are not compatible with all clearing methodologies. He set out to design a better one, the “mesoSPIM”, and recruited a group of collaborators to test and share the open-source hardware among their networks.

The resulting mesospim.org project, published this week in Nature Methods, yielded a flexible instrument tailored for rapid imaging of large samples. The design is open source and has detailed instructions, enabling other researchers to build their own instrument for about half the price of a commercial device.

Rob Campbell of the Sainsbury Wellcome Centre was one of the collaborators on the project and built a mesoSPIM for the Centre. He says the new instrument complements well the Centre’s existing technology. “For some time we’ve been using custom-built serial section two-photon imaging. This works in much the same way as light-sheet microscopy, except the imaging instrument physically slices off sections of the brain instead of doing so optically. A brain that would take six hours to image using serial-section imaging would take less than 30 minutes using light-sheet microscopy, with only a modest reduction in resolution.”

Rob is now assisting other labs in London to build their own instruments, furthering the SWC’s commitment to share technology developments with the wider community.