The thalamus has long been suspected to have an important role in cognition, yet recent theories have favored a more corticocentric view. According to this view, the thalamus is an excitatory feedforward relay to or between cortical regions, and cognitively relevant computations are exclusively cortical. In my talk, I will present work showing that the mediodorsal thalamus (MD) engages in cognitively-relevant computational functions through its interactions with the prefrontal cortex (PFC). Specifically, I will discuss evidence for MD neurons in sustaining and and switching PFC based on computing contextual signals that rapidly reconfigure task-relevant cortical representations. If time allows, I will also discuss some more theoretical aspects of this line of work, and a speculate on a more general framework for fronto-thalamic function. 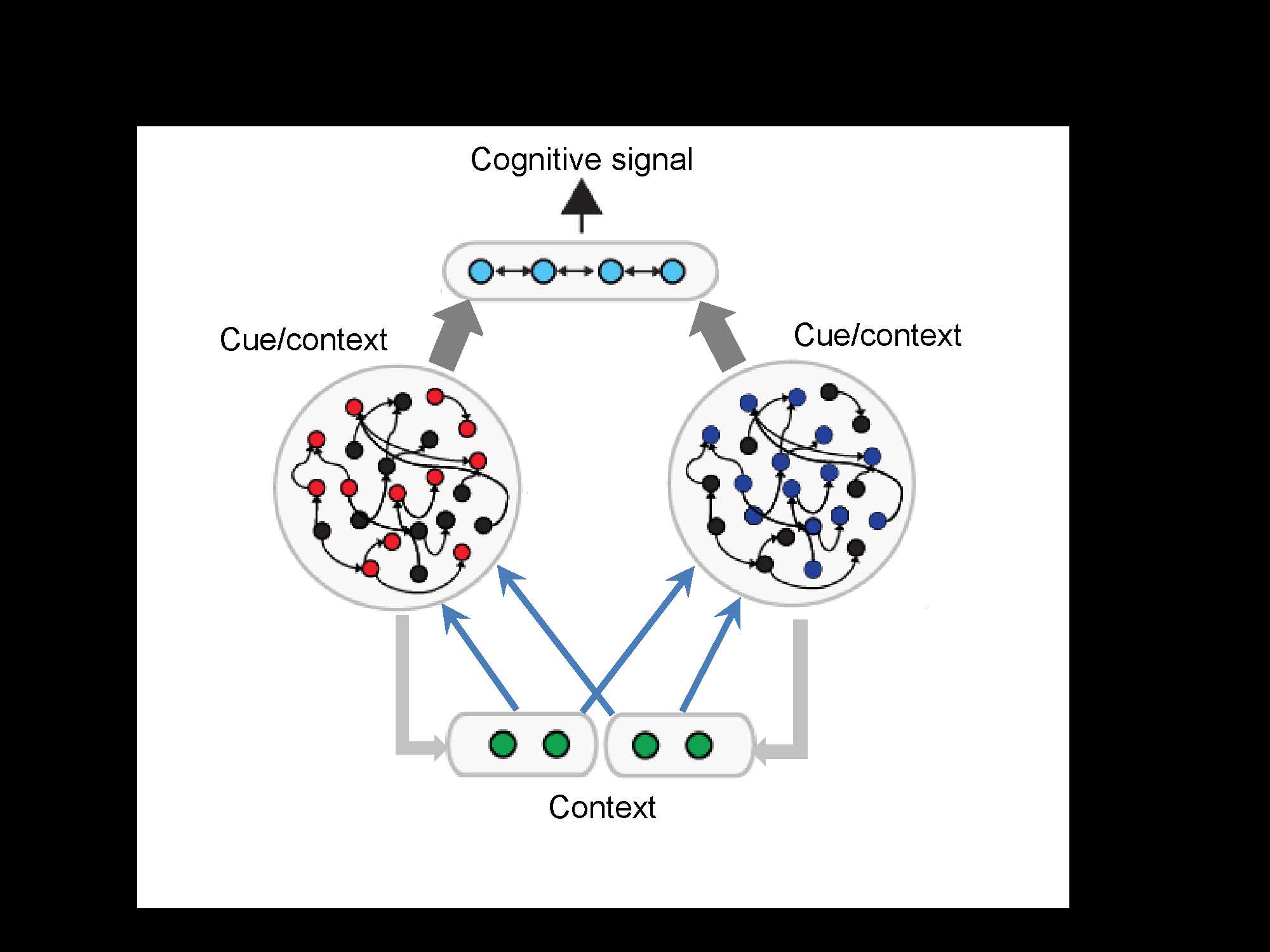 Michael Halassa’s research is focused on the neural basis of cognitive control and flexibility, particularly as it relates to attention and decision making.  To study these questions he has developed behavioral models of cognitive function in mice, allowing him to probe the underlying neural circuits and computations using parametric behavior, electrophysiological recordings and causal manipulations.  His major current thematic focus is understanding the function of the thalamus, traditionally considered a ‘relay station’ for sending sensory information to the cortex. Halassa's work has revealed previously unrecognized roles for the thalamus in initiating, sustaining and switching cortical cognitive representations, making it clear that the thalamus plays central role in cognitive control and flexibility. In addition to this basic science focus, and in collaboration with Guoping Feng, the two labs recently showed that thalamic inhibition is a mechanism for filtering sensory inputs, and that it can be an important target for treating noise hypersensitivity in disorders like autism and ADHD.

Halassa is also a board-certified psychiatrist with fellowship training in psychotic disorders. Motivated by this clinical training, Halassa studies how the brain generates hypotheses about the world and how these hypotheses may be corrupted by disease processes. Halassa suggests that an inability to switch between different hypotheses may be at the root of schizophrenia and related disorders. For example, individuals with schizophrenia may make assumptions about the world that are highly improbable, and have difficulty updating such beliefs, even in the presence of concrete information. By developing perceptual tasks in animals that capture the underlying basic cognitive operations, the

Halassa Lab aims to understand how the healthy brain generates such hypotheses and why the diseased brain has difficulty changing or revising them.
Originally from Jordan, Halassa received his PhD from the University of Pennsylvania, and was a postdoc in the laboratory of Matt Wilson at MIT, while also doing a residency in psychiatry at Massachusetts General Hospital.  He joined the NYU faculty in 2014.  Halassa has received many prestigious fellowships and awards for his work, including most recently the 2017 Vilcek Prize for Creative Promise, a national award given to immigrants who early in their careers have made “lasting contributions to American society through their extraordinary achievements in biomedical research."