Genetically-encoded tools like channelrhodopsin have revolutionized neuroscience, but they are usually useful only when selectively expressed in functionally meaningful subsets of neurons. In this talk I will present several recent advances from my lab for achieving this.

First, I will describe two new classes of deletion-mutant rabies viral vectors that leave transduced cells alive and healthy indefinitely. Recombinant rabies viral vectors have proven very useful in neuroscience for applications including retrograde targeting of projection neurons and monosynaptic tracing, but their cytotoxicity has usually limited their use to short-term experiments. We recently introduced second-generation, double-deletion-mutant rabies viral vectors that have little or no detectable toxicity and showed that they are efficient means of retrogradely targeting projection neurons by direct infection of their axons; however, it has not been shown that monosynaptic tracing - i.e., labeling inputs to specific neuronal populations of interest - is possible with second-generation vectors. Here I will present a complete second-generation system for identification of inputs to genetically-defined neurons in Cre mouse lines. This new system for labeling presynaptic neurons with a nontoxic virus will allow long-term imaging and manipulation of neurons precisely selected on the basis of their connectivity to a targeted postsynaptic population. I will also give a sneak preview of a third-generation monosynaptic tracing system that is also nontoxic but that has fewer moving parts, and is much more efficient, than the second-generation system.

In the second part of the talk, time permitting, I will describe a novel approach to the problem of cell-type-specific transgene expression in wild-type animals. Directing expression of transgenes to specific cell types in vivo is critical for many branches of biology, but it typically requires creation of transgenic lines, which is impractical for most species. I will show that using an endogenous protein as a scaffold for intracellular assembly of split transcription factors allows expression of transgenes specifically in cells that express the targeted protein. Our prototype system targets calretinin, a calcium binding protein characteristic of important interneuronal subtypes in cerebral cortex and elsewhere in the brain. The system can be delivered by adeno-associated viral vectors and causes expression of green fluorescent protein or channelrhodopsin specifically in calretinin-expressing interneurons in the cortex, hippocampus, and retina of wild-type mice and rats, allowing targeted electrophysiological recording or optogenetic control of these neurons' activity. Finally, I will show that the system is strongly species-independent, potentially allowing eventual adaptation for clinical use. 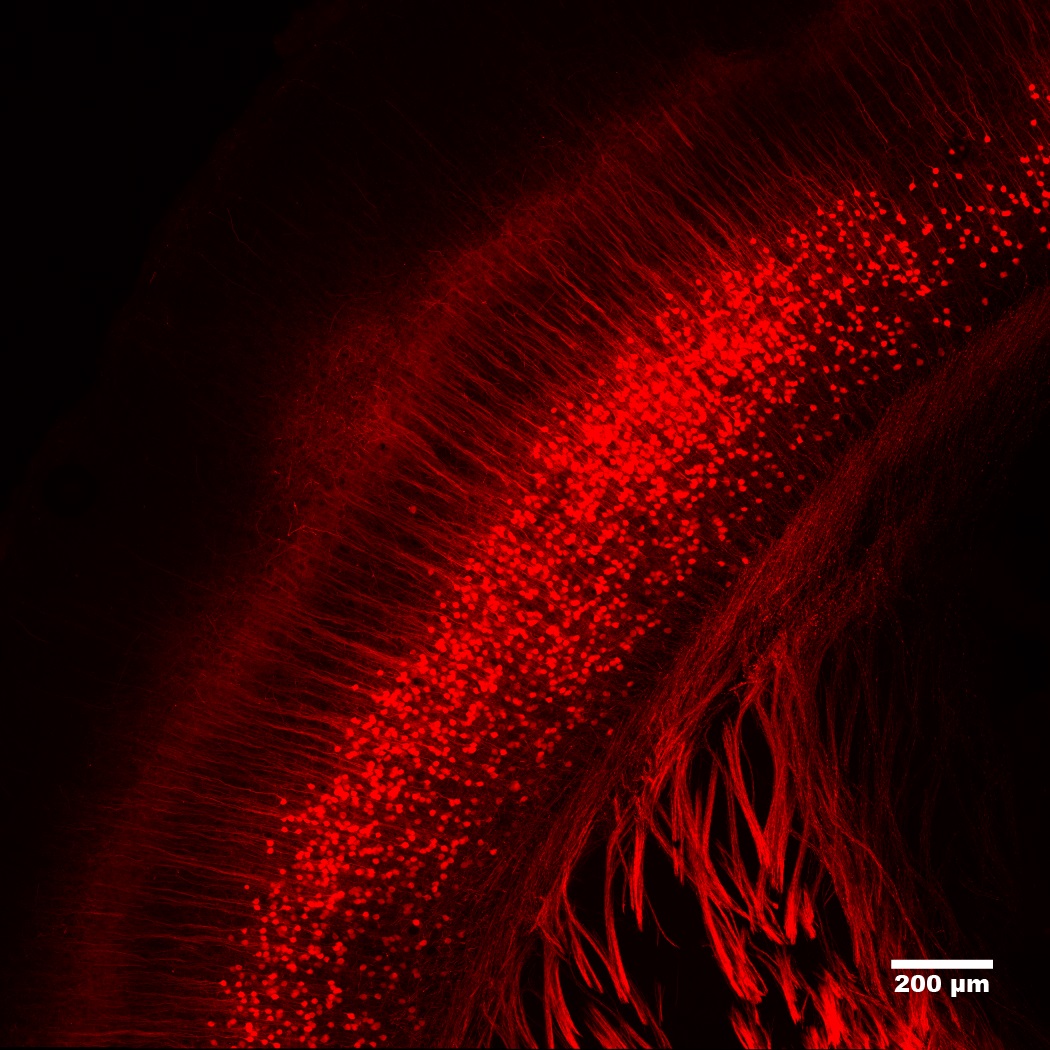 Ian Wickersham is a Principal Research Scientist and laboratory head at the McGovern Institute for Brain Research at MIT, where he develops virus-based genetic techniques for understanding the organization of the brain. His laboratory is focused on engineering methods for targeting transgene expression to specific neuronal populations based on their connectivity and gene expression profiles, to allow their study and manipulation using optogenetics and other techniques.