A fundamental goal of neuroscience is to understand how information is encoded and stored in the brain.  The physical or functional representation of a memory (the memory trace or “engram”) is thought to be sparsely encoded over a distributed memory network. However, identifying the precise neurons which make up a memory trace has challenged for scientists since Karl Lashley’s “search for the engram” in the 1950’s (Josselyn, 2015; Lashley, 1950; Josselyn, 2010; Josselyn et al., 2015).  Moreover, it was not known why one neuron (rather than its neighbour) was involved in a given memory trace. We previously showed that lateral amygdala (LA) neurons with increased levels of the transcription factor CREB (cAMP/Ca++ Responsive Element Binding protein), are preferentially activated by fear memory expression, suggesting they are selectively recruited into the memory trace (Han et al., 2007).  We, and others, went on to show that these neurons were critical components of the memory network by selectively ablating (Han et al., 2009) or inactivating them (Zhou et al., 2009).  These findings established a causal link between a specific neuronal subpopulation and memory expression, thereby identifying critical neurons within the memory trace. Furthermore, these results suggest that at least within the LA, eligible neurons compete for inclusion in a memory trace, and that the winners of this competition are determined by relative CREB function.  Although competition between neurons, axons and synapses is necessary for refining neural circuits in development, little is known about competition between neurons in the adult brain. Our recent results suggest that this neuronal competition during memory formation limits the overall size of the memory trace (number of “winning” neurons) and is a mechanism that links (or disambiguates) related memories in the LA (Rashid, et al., 2016).

Memory impairments are a hallmark of aging, major mental illnesses (e.g., schizophrenia and depression) as well as neurological disorders (e.g., Alzheimer's and Parkinson's diseases). Therefore, understanding how the brain encodes and stores information is highly relevant to both mental health and mental illness. 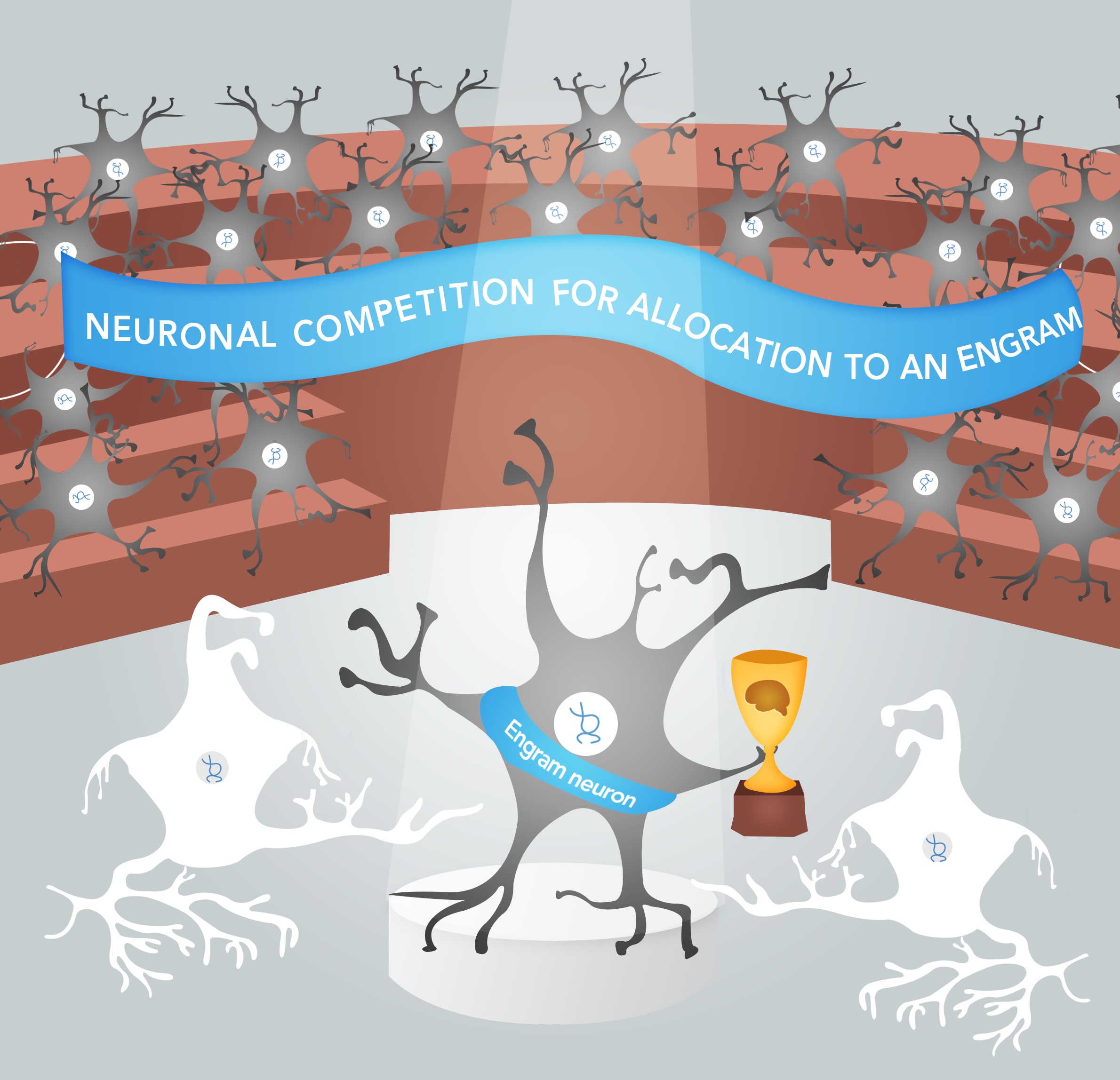 Sheena Josselyn is a Senior Scientist in the Neurosciences & Mental Health program at The Hospital for Sick Children (SickKids) and a Professor in the departments of Psychology and Physiology and the Institute of Medical Sciences at the University of Toronto in Canada.  She holds a Canada Research Chair in Molecular and Cellular Cognition and is an EJLB Scholar.  Her undergraduate degrees and a Masters degree in Clinical Psychology were granted by Queen’s University in Kingston (Canada).  Her mentor was Dr. Richard Beninger. Sheena received a PhD in Neuroscience/Psychology from the University of Toronto with Dr. Franco Vaccarino as her supervisor.  She conducted post-doctoral work with Dr. Mike Davis (Yale University) and Dr. Alcino Silva (UCLA).  Her program of research is dedicated to understanding the neural basis of cognitive function and dysfunction. To unravel the molecular, cellular and circuit processes that underlie memory, her lab uses a multidisciplinary approach that focuses on mice and attempts to translate these basic findings into humans.

NO NEED TO BOOK, JUST TURN UP