A fundamental question in neuroscience is how does the brain compute accurate estimates of our self-motion relative to the world and orientation relative to gravity in everyday life. In this talk, I will describe recent findings from my laboratory’s research that have addressed this question and provided new insight into how vestibular pathways encode self-motion information to ensure accurate perception and motor control. 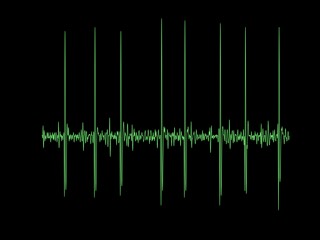 First, we have recently examined the statistics of natural self-motion signals experienced by mice, monkeys, and humans, and then explored the neural coding strategies used by early vestibular pathways. Focusing on the relationships between neural variability, detection thresholds, and information transmission, our findings have revealed that two distinct sensory channels represent vestibular information at the level of the vestibular periphery. Notably, more regularly discharging afferents have better detection thresholds and use rate coding, while more irregular afferents take advantage of precise spike timing (i.e, temporal coding) and are better optimized for processing natural vestibular stimuli.

Our research has also established how the brain combines vestibular and extra-vestibular signals at the first stages of central sensory processing.  Importantly, we have shown that while vestibular afferents respond identically to passive and active self-motion, this is not the case at first stage of central vestibular processing. Vestibular nuclei neurons mediating the vestibulo-spinal reflexes, as well as ascending thalamocortical pathways respond robustly to passive self-motion. In contrast, their responses are dramatically suppressed (>70%) for active self-motion. We have further shown this suppression occurs only in conditions when there is a match between the expected sensory consequences of active movement and the actual sensory feedback (as would be the case during normal voluntary behaviours).  Notably, our studies have also revealed that when unexpected vestibular inputs become persistent during active motion, a cerebellar-based cancellation mechanism is rapidly updated to re-enable the vital distinction between active and passive motion to ensure the maintenance of posture and stable perception.

Taken together, our results have important implications for ascending thalamocortical vestibular pathways - including the head-direction (HD) cell network, which is generally assumed to generate a fixed representation of perceived directional heading based on vestibular input. We speculate that the cerebellum plays a critical role in maintaining the stability of the HD network when the relationship between active movement and its sensory consequences is altered. Such situations include navigation in virtual reality and head-restricted conditions, where the natural relationship between vestibular and extravestibular cues is altered. Moreover, since the properties of the motor system are constantly changing (fatigue, growth, etc.), we propose that continual recalibration of the HD network is also required to ensure perceptual stability and accurate motor control in everyday life.

Dr. Cullen’s area of interest is systems and computational neuroscience, specializing in neural mechanisms responsible the sense of balance and spatial orientation, the control of eye movements, and motor learning. Dr. Cullen received a bachelor’s degree in Biomedical Engineering and Neuroscience from Brown University and a PhD in Neuroscience from the University of Chicago. After doctoral studies, Dr. Cullen was a Fellow at the Montreal Neurological Institute where she worked in the Department of Neurology and Neurosurgery. In 1994, Dr. Cullen became an assistant professor in the Department of Physiology at McGill University, with appointments in Biomedical Engineering, Neuroscience, and Otolaryngology. In 2002, Cullen was appointed a William Dawson Chair in recognition of her work in Systems Neuroscience and Neural Engineering and served as Director of McGill’s Aerospace Medical Research Unit.

In 2016, Dr. Cullen moved to Johns Hopkins University, where she is now a Professor in Biomedical Engineering, and co-director of the Johns Hopkins Center for Hearing and Balance. She also holds joint appointments in the Departments of Neuroscience and in Otolaryngology – Head and Neck Surgery. In addition to her research activities, Dr. Cullen currently serves as the Program Chair and Vice President of the Society for the Neural Control of Movement and is a member of steering committee of the Kavli Neuroscience Discovery Institute at Johns Hopkins. Dr. Cullen has been an active member of the Scientific Advisory Board of the National Space Biomedical Research Institute, which works with NASA to identify health risks in extended space flight. She has also served as a reviewing editor on numerous Editorial Boards including the Journal of Neuroscience, Neuroscience, the Journal of Neurophysiology, and the Journal of Research in Otolaryngology. Dr. Cullen has received awards including the Halpike-Nylen medal of the Barany Society for “outstanding contributions to basic vestibular science”, the Sarrazin Award Lectureship from the Canadian Physiological Society (CPS), and was elected Chair of the Gordon Research Conference on eye movement system biology. Cullen has served as Communications Lead for the Brain@McGill and was Chair of the 2016 Canadian Association for Neuroscience meeting. She has published over 120 articles, book chapters, and given over 150 national and international invited lectures.