An important function of the brain is to infer the causes of sensory inputs. A clear example of this comes from our ability to distinguish self-generated versus externally-generated sensory inputs, which can appear very similar at the level of the sensory periphery, but give rise to very different subjective experiences. Deficits in the ability to distinguish self-generated and externally-generated sensations have been identified in mental illnesses such as schizophrenia, so elucidating the circuit mechanisms underlying this function is an important task facing neuroscientists. Exactly how the brain represents relationships between self-motion and the resulting sensory consequences is currently unclear. In this talk, I will describe our investigation of this process in the visuomotor realm, and show results from recordings of subthreshold neuronal activity in the primary visual cortex of mice navigating in virtual reality. This paradigm generates a strong relationship between mouse locomotion and visual flow in a virtual tunnel. By presenting mismatches in the visual flow expected from locomotion speed, as well as presenting visual flow stimuli unrelated to mouse locomotion, I show that primary visual cortex integrates information about locomotion and visual flow in a layer-specific way, with superficial layers appearing specialized for computing mismatches between expected and actual visual flow. These results could provide a key step toward building a general model for sensorimotor integration and learning in neocortex. 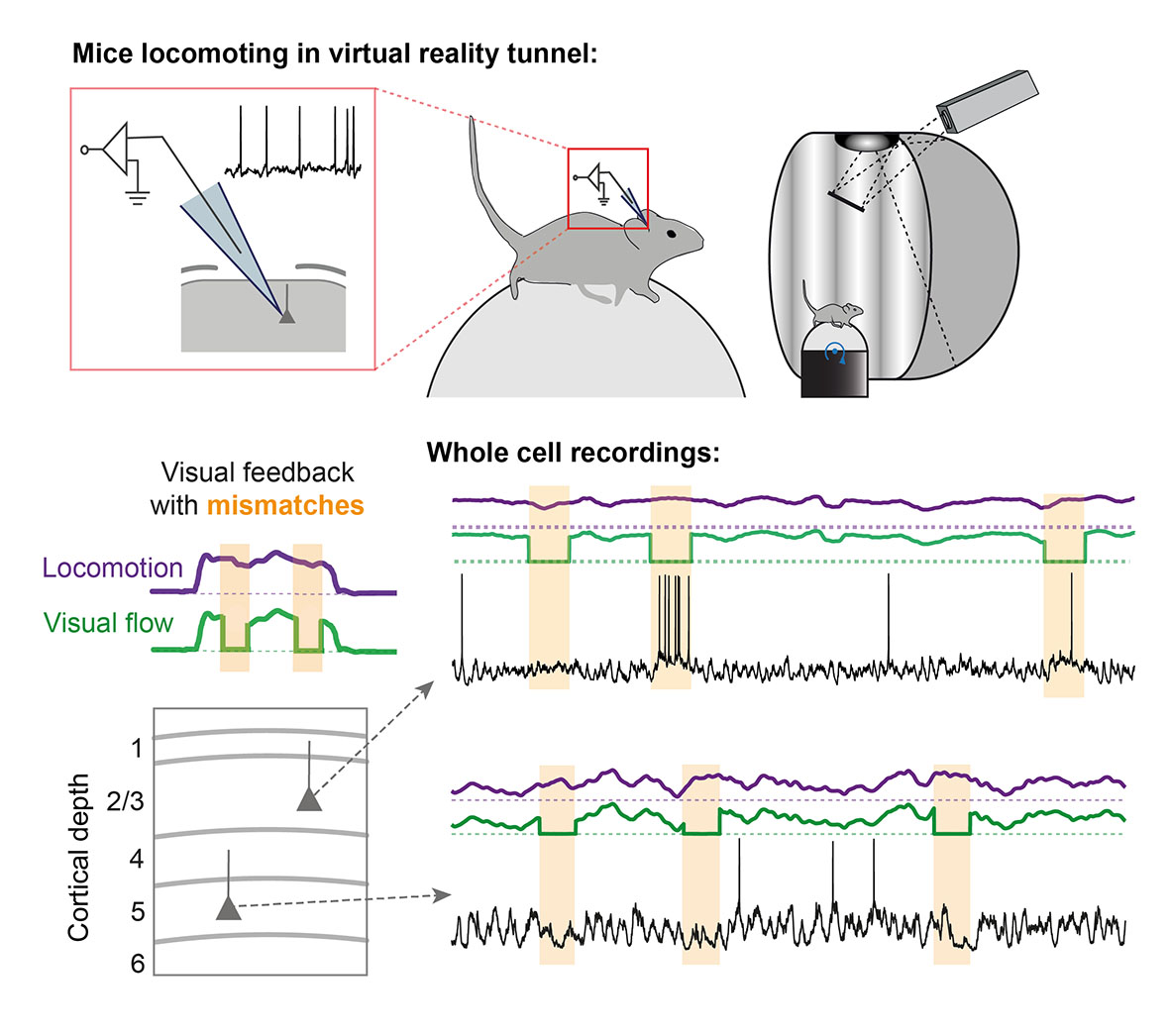 Rebecca Jordan is a postdoctoral researcher and HFSP fellow in the laboratory of Georg Keller at the Friedrich Miescher Institute for Biomedical Research in Basel, Switzerland. She uses in vivo methods, in particular whole cell recordings, to elucidate the circuit mechanisms of sensorimotor integration and learning, with a keen interest in testing predictive coding models of brain function. Previous to this, she received her PhD in Andreas Schaefer’s lab at the Francis Crick Institute in London, where she investigated the impact of learning on early olfactory system physiology.