Professor John Duncan recently gave a seminar at the Sainsbury Wellcome Centre on attentional episodes and cognitive control. In the following interview he answers questions on how the brain responds to diverse cognitive demands including the age-old question: what is intelligence?

How do you define attentional episodes and what role are they thought to play in human cognition?

‘Attentional episode’ is a term I use to capture the thought that complex problems are broken down into simpler, more solvable sub-problems. For example, imagine you need to book a plane ticket to Japan, you break this down into smaller more useful parts, such as moving your hands to log onto the computer using the keyboard, searching for a flight and so forth.

The core function of the multiple-demand (MD) cortex is to take a complex problem and find the simple parts within it in order to solve the bigger problem. I think this one part – but a very important part – of what we think of as intelligence.

What have human fMRI studies revealed about how the brain responds to diverse cognitive demands?

There have been many different studies that have revealed so much about different individual demands, but my main interest is in the discovery of this core network of regions distributed broadly across the brain, involved in solving many different kinds of cognitive challenges.

fMRI studies have revealed that this core network seems to play a general role in organizing all that we do. These systems have the flexibility to draw random contents together and glue them in the right relations.

The hypothesis is that this very general brain system, active in all sorts of activities, gives you the flexibility to draw random fragments together and sew them into something useful.

How do you characterise intelligent cognition?

We come equipped to the science of the mind with lots of everyday concepts like memory, attention, intelligence, and so on and I think they don’t have any very particular meaning or definition. Like many of our everyday concepts, they’re fairly loose, general terms.

Ludwig Wittgenstein used games as an example. If you try to define what a game is, you can’t do it because game is a term we loosely use to refer to a whole family of things, with some similarities, but there is no core, single thing that says this is a game or it is not. I think we use our everyday language words for things about the mind in the same way.

And so I think there is no particular meaning to what it means to be intelligent. I think we just use it very loosely and doesn’t correspond to any one thing. And I think that’s true of all our everyday concepts.

On the other hand, when you do science, you begin with measurements of behaviour and attempt to work out what they mean in terms of brain functions. I use so-called intelligence tests, in particular, problem-solving tests. These are not only used because they have some match to an everyday concept of intelligence – more importantly, they’re used because they have a very curious empirical property, in that the people who do well on these tests tend to do well on almost anything else that you set them.

How can it be that how well someone performs on an irrelevant little puzzle picks up something important about them? For example, the results of the test will tell you a lot about what their income is likely to be in their lifetime. It is because it means they are generally good at solving a whole wide variety of cognitive challenges.

My suggestion is that performance in this test closely relates to the multiple-demand system, and to this business of decomposing complex wholes into useful parts. However, that doesn’t mean, by any means, that it covers everything that people in everyday language would refer to as intelligence.

I think if somebody is incredibly skilled at doing a particular thing, you would describe that as intelligence, but that is more is to do with their massive expertise in that one domain than it is to do with this general problem-solving. And I think this is where the field always gets into trouble because socially, people say, but surely intelligence isn’t just one thing, and my response is no it is an infinite number of things.

Are there any potential clinical applications of your work on MD cortex?

Yes, there are a lot of potential clinical applications although, it turns out always to be surprisingly hard to take your research and actually get clinical benefit out of it!

For 30 years or more I’ve been working with patients who, after damage to the frontal lobe or diffuse damage to brain networks, have severe problems with the sort of organizational abilities or functions that I’m talking about. And the dream would be that if you understood better, in terms of either cognitive or brain mechanisms, why the system goes down, that you could design improved rehabilitation strategies for people to overcome the deficits they’re left with.

Of course it turns out that it’s very, very hard to overcome deficits that you’re left with in any domain. For example, if a stroke has caused you to lose your speech, rehab can help a little bit but it is not like being able to talk in a normal way anymore, and the same is true here.

The main clinical application is something called goal management training, which is being developed by various groups that I am distantly related to and is led by Brian Levine in Toronto. They are working with people with head injuries who have trouble with focusing. For example, people who may forget to do something that’s critical, or they get drawn off into doing something irrelevant rather than pursuing the overall structure of the goal they’re supposed to be pursuing.

The attempt is to make people do a better job of staying on track and doing this dividing into parts. So this training is sometimes summarized with the Three S’s, which are:

There is evidence for this goal management training helping in a variety of conditions including aging. But it’s certainly not by any means magical, it doesn’t transform an impaired person back to the person they were before, or anything even close to that.

What are the next research questions you are looking to answer?

My research program is fairly broad, so at one level, for example, I’ve got a project looking at interactions between mothers and very young children to think of a way of improving the experience of a child for developing the multiple-demand functions effectively. This is a very big question worked on for decades by thousands of people, but I’ve got my toe in the water of trying to understand how that is.

We are also doing multiple imaging experiments to try to define more specifically which regions of the human brain are important in this network and what their individual contributions might be. I also have a lab doing neurophysiology studies trying to record from neurons across this network, to again understand how they work together to organize activities. 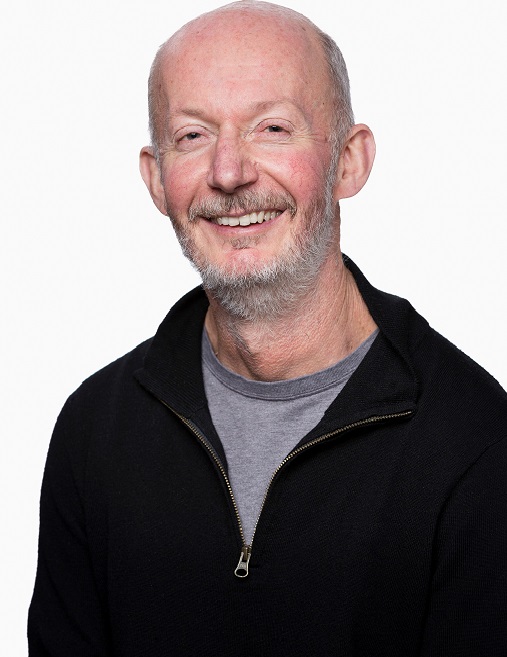 For 20 years, he has managed a large patient resource for lesion-function mapping in the Cambridge community, addressing problems of recruitment, lesion definition, brain normalization and brain-behaviour correlation.  He is a Fellow of the Royal Society and the British Academy, and winner of the 2012 Heineken Prize in cognitive science.