Psychologists first observed the central tendency bias over a century ago. Also known as contraction bias, the phenomenon emerges when people are asked to report their judgement of a given quantity. What typically occurs is that their judgement is biased towards the average of previous observations.

Imagine for example I showed you a bar with a given length and asked you to reproduce that same bar. What we as humans tend to do, is to make the bar shorter than it actually is when the bar is long, and longer than it is when the bar is short. Thus, we report the length of the bar as closer to the mean of the range than it is in reality. This also applies to other non-human primates and rodents and also happens with other modalities, for example sound amplitudes and frequencies.

At the same time, when you fail to remember a given stimulus, this may be because the memory from the stimulus in the previous trial is still lingering in your mind. This is called short-term history or recency bias.

While psychologists have been studying central tendency, as well as recency biases in humans for many years, neuroscientists are beginning to study this phenomenon in rodents to give us a window into the neural processes that underpin these biases.

Vezha Boboeva and fellow researchers in the Akrami lab at SWC and Clopath lab at Imperial College London, have been exploring a parametric working memory task in rodents and humans to understand how brain circuits give rise to contraction bias towards the sensory mean.

Previous work by Athena Akrami showed that the posterior parietal cortex (PPC) is an important region in the brain for this phenomenon. When Athena optogenetically deactivated the PPC, she saw that contraction bias was attenuated and the working memory of animals in the task improved. Moreover, she found that neurons in the PPC carry information about the sensory history.

In addition, short-term sensory history effects (biases due to lingering memories of previous trials) were also reduced when PPC was deactivated. This suggested that these two mechanisms may be linked to each other.

Based on these findings, Vezha and team designed a model with a working memory module and a separate one accounting for sensory histories (the PPC network) to explore the circuit mechanisms that can give rise to both of these effects at the same time through a single mechanism. This network model could replicate all the experimental findings, so far.

In the model, short-term history effects occur due to inputs from the PPC that has a slower integration timescale as well as firing rate adaptation. The model shows that once you make working memory errors because of such lingering memories, contraction bias emerges naturally, without the need to make any other assumption about the average of the sensory history. This may hint at why the phenomenon is so ubiquitous. Furthermore, it shows the importance of analysing errors carefully against statistical null models in such tasks.

The next steps for the researchers are to go back to the neural data and analyse it again from the perspective of the model. They also plan to use online tools to test the predictions that arise from this new unifying model. By using online tools, they aim to test large numbers of people to see if their predictions hold true.

Read the pre-print on bioRxiv: From recency to the central tendency bias in working memory: a unifying attractor network model 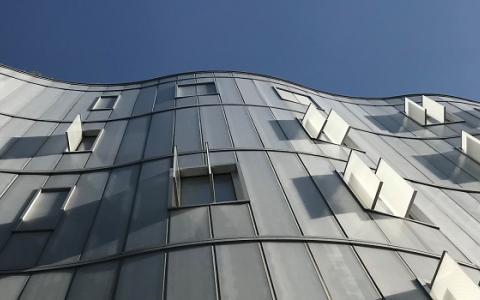