A crucial component of behavior and brain computation is context: potentially many interrelated variables that specify the state of the world and self. However, the need to simultaneously represent multiple, time-dependent variables in neural activity can also pose large computational challenges for neural circuits to overcome. I will present my study of neural coding in the posterior cortex as mice performed a complex task that involved multiple visual, motor, cognitive, and memory-related task variables. Intriguingly, in all regions neural populations represented these many task variables using an encoding scheme that approximately canceled out the behavioral correlations between task variables. This relates to long-standing proposals regarding efficient coding, which posits that neural systems should minimize redundancy/correlations in the signals encoded in neural activity. My findings suggest three interesting twists to this concept. First, while efficient coding has mostly been thought to apply to sensory processing, I show that a variant of efficient coding may apply to the representation of task-specific information in the posterior cortex. Second, single neurons still exhibited signal correlations, which can be explained by how neural encoding involved a low-dimensional subspace of neural activity modes. Third, this encoding function remarkably tracked changes in task variable correlations vs. time in the trial, which I propose can be implemented in a simple, biologically plausible way by sequential neural-population dynamics observed across posterior cortex. 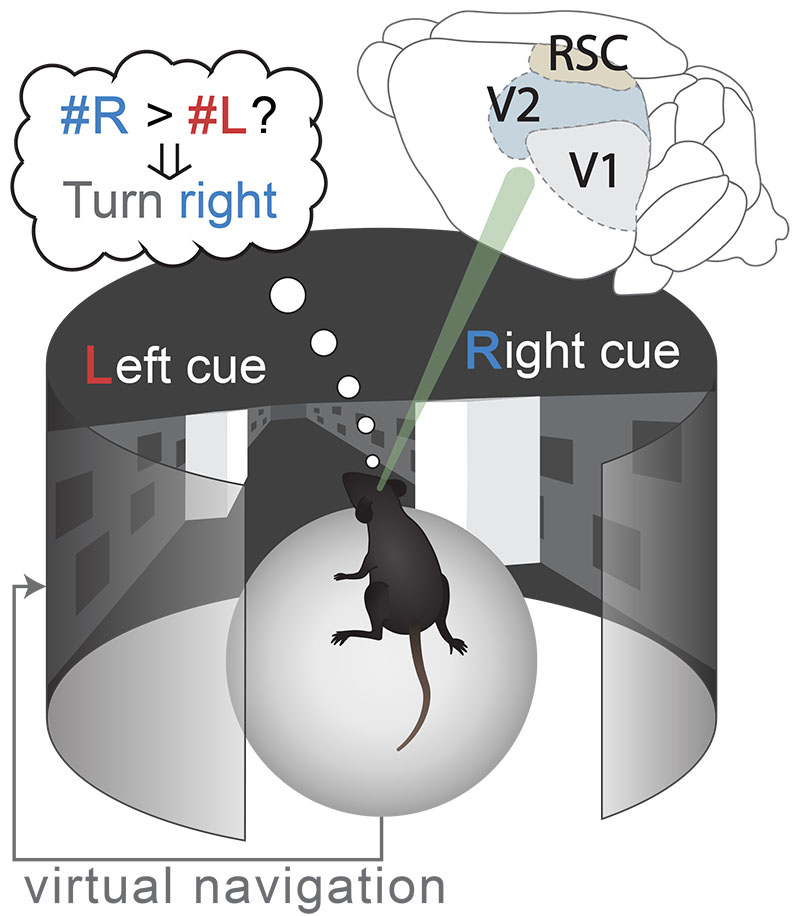 I am a postdoctoral researcher in the laboratories of Dr. David Tank and Dr. Carlos Brody at the Princeton Neuroscience Institute, and part of the BRAIN CoGS collaboration that investigates circuit mechanisms of working memory at a brain-wide level. I obtained B.S. degrees in Physics and Computer Science from San Jose State University, a PhD. in Physics at the University of California, Santa Barbara, and transitioned from high energy physics to neuroscience as a Dicke Fellow at the Department of Physics at Princeton University. I am fascinated by how animals can make sense of and adapt their behaviors to a complex, ever-changing world, and aim to understand the neural mechanisms that generate this amazing repertoire. I believe that a confluence of experiment and theory will be central to elucidating principles of operation of the brain.


No need to book, just turn up!