Decisions are an integral part of our lives and we make thousands of them every day, often under conditions of uncertainty. We want to explain how the brain makes decisions by combining sensory information with previously learned knowledge.

The way we think of the decision process is that the brain dynamically updates an inferred state of the outside world by sensory evidence and prior knowledge. This inferred neural representation feeds into a decision processes that selects potential actions that will maximise favourable outcomes, which have been previously evaluated by learning. We know very little about how this inferred state of the world is represented in the brain, and how is it updated by sensory evidence and expectations before committing to a decision.

Decision processes are likely managed by a network of interconnected brain areas. Previous work, including our own, has given ideas how different brain structures map onto these decision processes, and how they might interact with each other. For example, the frontal-premotor cortex is a key node for decision making because its activity reflects the evolving decision variable, it is the first area active prior to choice and its inactivation results in failures to commit to choices. Although historically, decision making has been studied almost exclusively in the neocortex, we have good reasons to believe that subcortical structures play a key role is decision-relevant computations. These include a set of inhibitory nuclei in the basal ganglia which may contribute to evaluation of sensory information and learning of goal directed actions, and expectation, as well as the cerebellum which - as we have recently discovered - plays an unexpected role influencing the timing of activity in premotor cortex during movement planning (Chabrol et al 2019). 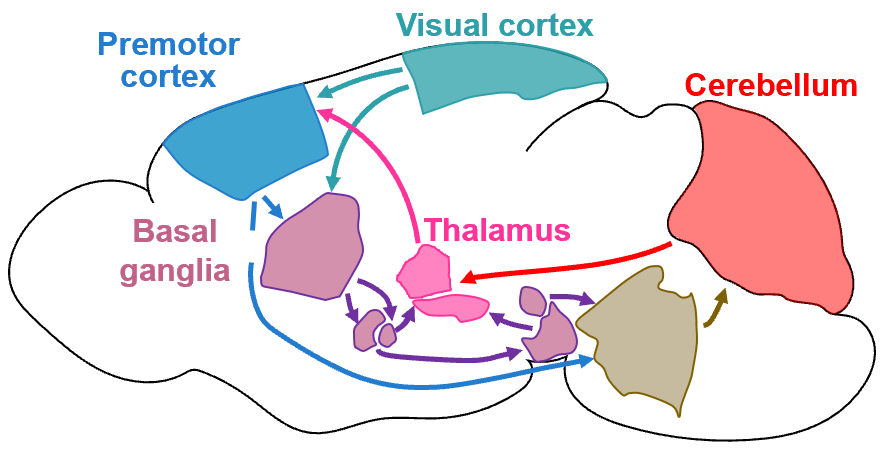 We now aim to determine how distributed regions of the brain work together to combine ambiguous sensory evidence with prior knowledge, and how they transform it into action plans, with a particular focus on local circuits and long-range mechanisms. With this in mind, have developed a new perceptual decision-making task in mice designed to probe brain-wide mechanisms of decision making under conditions of uncertainty. This task allows us to uncover the computations leading up to a decision devoid of motor confounds, and to reveal how behaviourally-relevant sensory information is transformed across the brain to drive choice. We study these processes in mice because we can make use advanced techniques to record and manipulate identified circuits in the brain during behaviour (2-photon and 3-photon imaging, Neuropixels multi-channel recordings, widefield calcium imaging, regional and cell-type specific activity manipulations with optogenetics, circuit mapping). The aim is to integrate neural and behavioural data into a mechanistic model that explains decision-related neural dynamics leading to choice commitment (collaboration with P. Latham and M. Sahani, GCNU).

The logic of single-cell projections from visual cortex 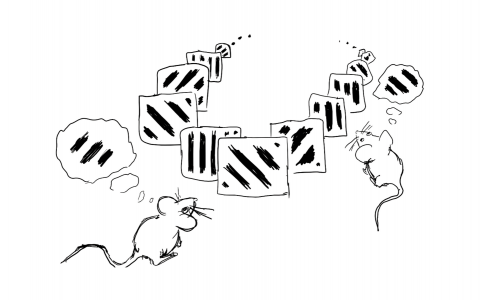 In a new study, published in Nature, neuroscientists at the Sainsbury Wellcome Centre at UCL investigated the reciprocal interactions between two brain regions that represent visual working memory in mice. The team found that communication between these two loci of working memory, parietal cortex and premotor cortex, was co-dependent on instantaneous timescales. 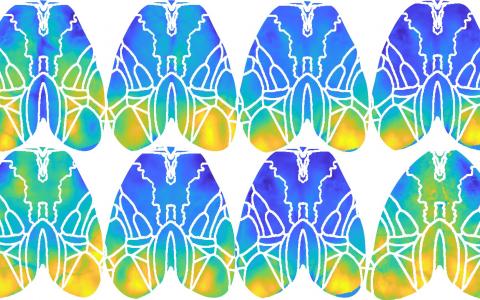 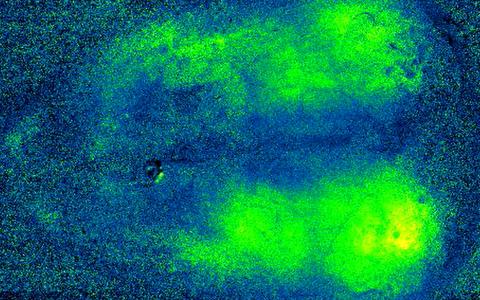 While scientists have spent years mapping anatomical projections and monitoring activity from individual neurons, little is known about how signals sent by individual neurons relate to the larger, bidirectional communication that underlies complex behaviour. Neuroscientists at the Sainsbury Wellcome Centre report in Nature Neuroscience on a new approach that offers insight into these complex neural conversations.