Dr Gabe Murphy from the Allen Institute for Brain Science recently gave a seminar at the Sainsbury Wellcome Centre on short- and long-range visual circuitry. I caught up with him to learn more about his work on the representation of visual stimuli by distinct cell types in the superior colliculus.

Why has research on the processing of information about visual stimuli traditionally focused on the retina, the dorsal lateral geniculate nucleus (dLGN) of the thalamus, and the primary visual cortex?

One of the things that is unique to humans and primates, but is not true in other mammalian species, is that we have foveas. Around 90% of the retinal ganglion cells in a primate retina are located in the fovea and almost every single retinal ganglion cell in the fovea projects to the LGN. With this in mind, it made sense at the start to focus on the LGN, the area to which the most cells project. 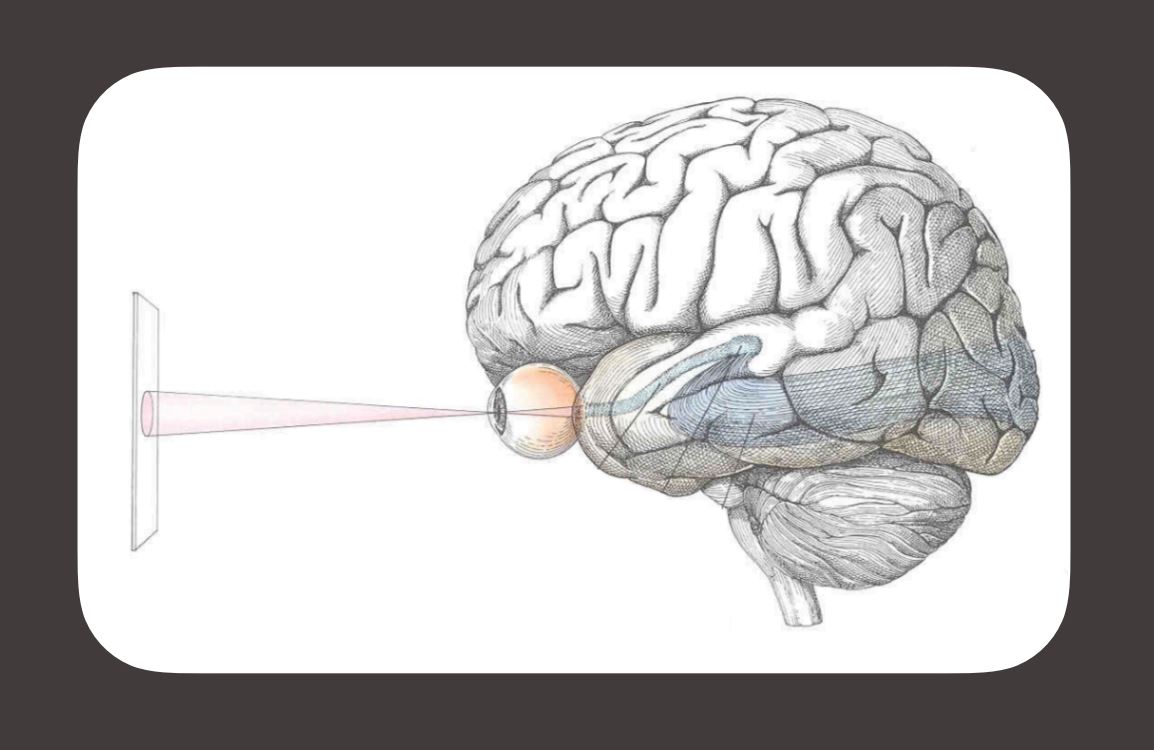 How important is the superficial superior colliculus (sSC) thought to be in other mammalian species such as mice and rats?

In most mammals other than primates and humans, the colliculus is the place that receives the most input. We know, from our own work for example, that in mice 90% of ganglion cells innervate the colliculus.

Are there examples of different visually-guided behaviours that are driven by the dLGN-cortex and by the sSC pathways?

We can also ask what are the behaviours that are driven by V1? People think of LGN as the primary source of input to V1. Ken Harris recently gave a talk at the Allen Institute and he showed that silencing V1 has a relatively modest effect on a fairly simple visually-guided behaviour.

Traditionally, people would argue that V1 is important for detecting the orientation and changes, but the data shows, at least in mice, that may not be true. More generally, V1 seems to be important for the learning aspect of visually-guided behaviours, but after the behaviour has been learned, it may be that V1 becomes less critical; whereas I think of the colliculus as being more critical for quick, rapid, very basic decisions based on visual cues. 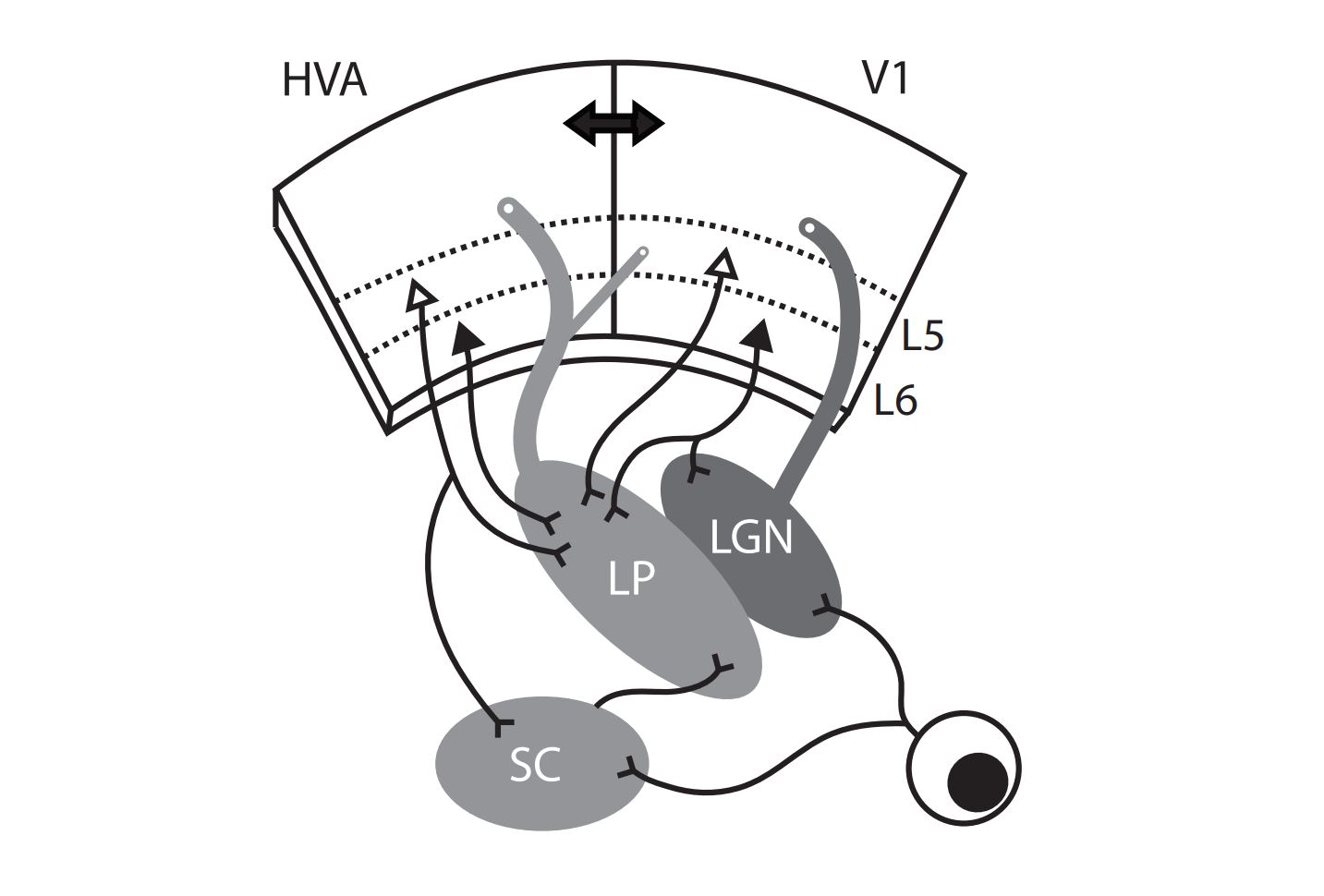 What new insight has been gained into the specificity with which information about particular features of visual stimuli are represented by distinct cell types in the sSC?

Over the last couple of years we have closely tied the morphology of certain neurons in the colliculus to their response properties. The most dramatic example of this are wide-field cells, which have dendrites that expand into a very wide field.

Wide-field neurons have a very specific and very unique set of stimuli to which they respond. They respond to small stimuli moving slowly, but they won’t respond to large stimuli, or small stimuli that are moving quickly, so they are quite selective with what they care about.

As far as we can tell, the wide-field cells are the only ones in superficial layers of the colliculus that project to the area of the thalamus called LP (lateral posterior), also known as pulvinar. So you have these very unique-looking cells that have this very unique set of stimuli that they respond to, and they send that information only to one very specific location and no other colliculur cells project there, so it is a degree of specificity that is unusual.

To what degree is information in those cell types conveyed to distinct downstream targets?

The colliculus and many other regions project to LP, but one of the things we have learned is to think of different parts of LP as different downstream targets. Another thing we have learned is that a different type of excitatory neuron in the colliculus, the stellate cells, completely avoid LP and instead project to LGN. So you have separate excitatory cells in the superior colliculus that are projecting to separate downstream thalamic nuclei that are directly next to each other.

LP doesn’t receive direct input from the retina, whereas LGN does, so information coming from the retina has to go through LGN in order to get to V1. Any visual signals that get to LP are either coming directly from the colliculus or are going from the retina to the LGN to V1 and then back down to LP. So the most direct route to LP is via colliculus.

Can input from the sSC and primary visual cortex be integrated by neurons in these downstream areas?

I think they are integrated at the level of LP, but they are almost certainly not integrated by the same cells. This raises the question of whether we should think of LP as one nucleus or several subsets, but I think it is very unlikely that individual cells in LP are receiving input both from V1 and the colliculus.

What are the next questions you are trying to answer?

We think that there are at least 4 different cell types within the superficial layers of the superior colliculus – that’s based on morphological and electrophysiological evidence. Likewise, in other parts of the brain, including LGN, we have a good hypothesis for how many different cell types there are but one of the questions I’m trying to answer is what really is a robust definition of a cell type?

The reason I am asking this is that in other parts of the brain, such as LGN, there is strong evidence for different types of neurons based on their morphology, for example, but genetically there isn’t very strong evidence, at least in the adult. If the neurons aren’t distinguishable based on the mRNA, are they really distinct or not?

One way we are thinking about this question is that it is likely that cells that are distinct, i.e. those that sit in different parts of the nucleus, project to different areas, are different sizes and so forth, may well be distinct based on genetic cues that are no longer clear in the adult state. The genetic differences were necessary to set up the differences but they aren’t necessary to keep the cells that way.

Some of the evidence we have from the LGN is that cells in the adult animal can be transcriptomically very similar but actually be quite distinct, so this is something we would really like to resolve. The way to answer this is to look at the correspondence of morphological, electrophysiological, and transcriptomic data from a large number and variety of cells (within and across areas of the brain). 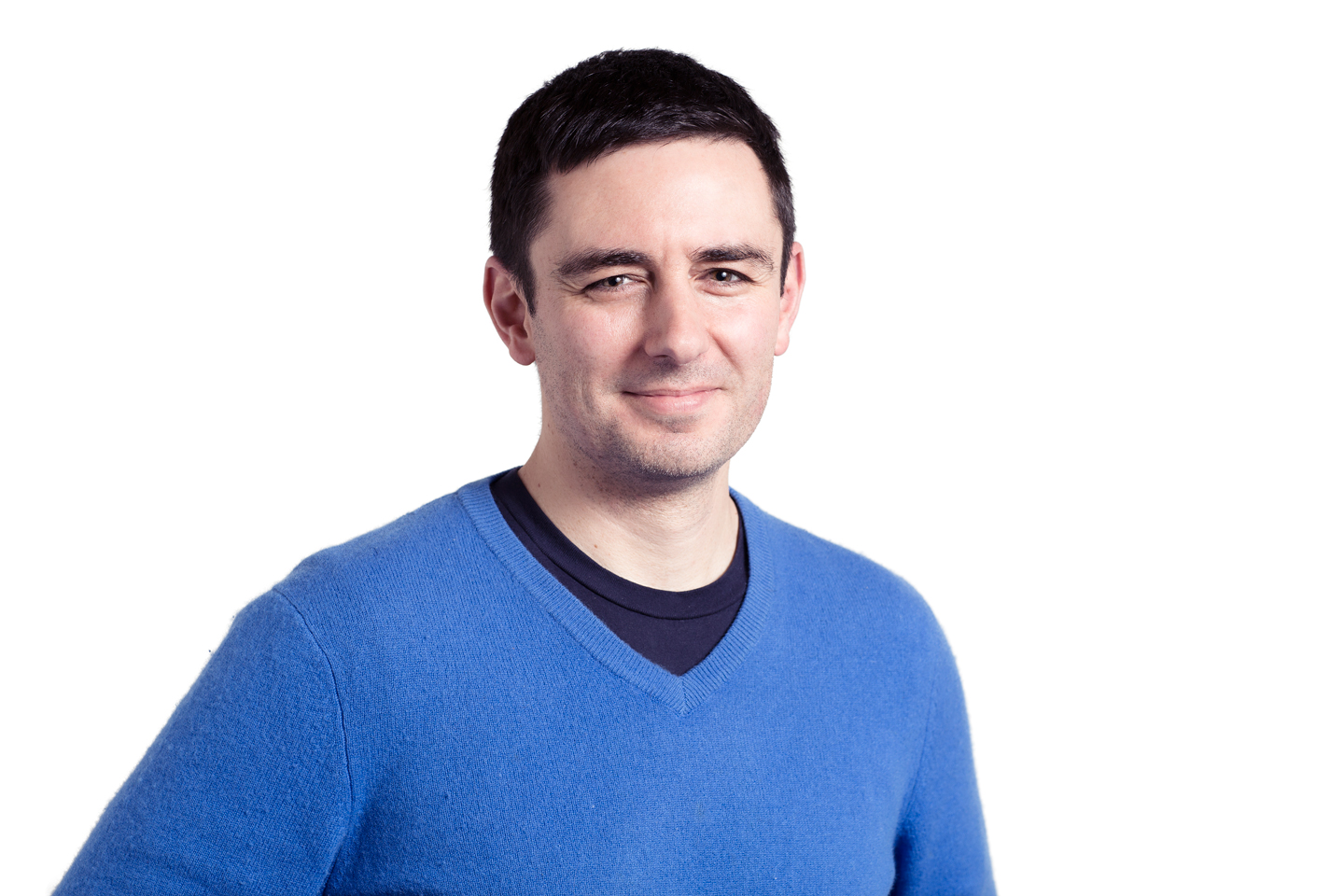 Gabe Murphy joined the Allen Institute for Brain Science in the fall of 2015; he and his team examine characteristics of individual neurons as well as the synaptic connections through which neurons communicate with one another.