Some behaviours that are crucial to survival appear to be hard-wired, meaning that they occur without previous experience. For example, many prey organisms naturally know how to escape to safety from perceived threats. However, it is also important for an organism to learn about the world and adapt to its ever-changing circumstances. How does the nervous system enact such flexible decisions over a lifetime?

Neuroscientists at the Sainsbury Wellcome Centre at UCL studied the flexibility of escape behaviour in mice. In a new study, published today in Current Biology, the researchers show that, while escape behaviour can be robustly elicited in a laboratory setting, mice can nonetheless readily learn to suppress their escape response, effectively ignoring stimuli that are determined to pose no threat.

“An obvious example is the domestication of cattle and pets. This clearly shows that organisms learn that things they initially interpreted as threatening may not be so. Cattle for example, were once fearful of human beings but at some point they learned that humans could become a reliable source for food, shelter and even protection from other species,” said Troy Margrie, Group Leader at the Sainsbury Wellcome Centre and corresponding author on the paper.

To explore this behavioural flexibility, researchers in the Margrie lab firstly presented mice with an overhead expanding dark disk, called a looming stimulus, to simulate a predator moving towards them from above. They found they could evoke highly robust escape by isolating mice for a couple of days before testing and used this robust model of escape as a starting point for quantifying its flexibility. Then, as an initial approach, they presented this looming stimulus repeatedly to observe whether the mice would eventually stop responding to it. However, after many presentations of the stimulus, mice did not consistently learn to suppress their escape behaviour.

“Funnily enough, one of the problems we faced is that under the right conditions mice react so robustly to high contrast looming stimuli, which means they run away and hide, and it can therefore take a very long time to expose mice to enough stimuli for them to reliably suppress their escape response,” said Steve Lenzi, Research Fellow in the Margrie lab at SWC and first author on the paper.

And so the researchers introduced a physical barrier preventing access to the nearby shelter and adjusted the contrast of the looming stimuli, to make a gradient from low threatening to high threatening. These adjustments led to a consistent suppression of the escape response in mice. The neuroscientists showed that this suppression was robust and it persisted for several weeks. Furthermore, the suppression was specific to the stimulus, meaning that the mice continued to escape when presented with a different threatening stimulus, such as a loud noise instead of the looming stimulus. They also showed that the degree of suppression of escape was very much dependent on recent threat-escape history. “This suggests that escape is not simply reflexive but dependent on threat memory and is therefore under cognitive control,” said Troy Margrie.

“Although this work focuses fundamentally on behaviour, we believe that the paradigm we have established here can be used to probe the neural circuitry underpinning the flexibility of innate behaviours so we also apply this in the search for, and study of, brain regions that are involved in the regulation of escape behaviour and we hope others will do the same,” said Steve Lenzi.

In addition to exploring how threat history affects the control of escape behaviour, the researchers looked at the impact of social environment. In the study, the team compared the escape behaviour of mice that were group-housed versus individually-housed. They found that mice that lived collectively in large groups, of 20 individuals, were much less likely to escape when tested individually. Whereas mice that were isolated and lived on their own for a while, appeared to be much more vigilant or perhaps reactive.

“Initially we wanted to understand whether generic experience influences the decision to escape. Single housing or group housing is a very easy and natural way to introduce experiential differences in laboratory mice. Plus, there are many examples from field studies that show that group statistics can profoundly influence predator avoidance or surveillance behaviours. Animals that are alone need to be more vigilant, whereas in a flock they can spread the surveillance among the group,” said Steve Lenzi.

There are many open questions that follow-on from these findings and the next steps for the researchers are to dig into the mechanisms of how this kind of learning occurs. The Margrie lab plan to use this ethologically-relevant protocol to begin to understand the neural mechanisms of how animals learn to suppress escape and specifically, how different systems in the brain interact with the escape circuitry to enable this flexibility of behaviour. Understanding this niche will begin to help tackle the wider unknown question of how learning interacts with our innate tendencies to engage in certain behaviours.

This research was funded by the Sainsbury Wellcome Centre Core Grant from the Gatsby Charitable Foundation (GAT3755) and Wellcome (219627/Z/19/Z). 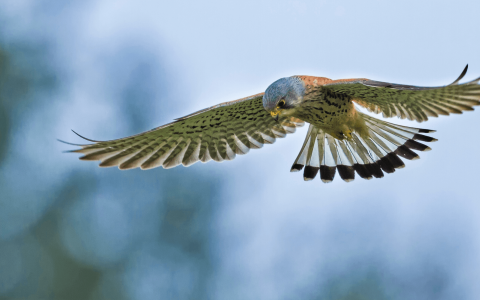 Neuroscientists at the Sainsbury Wellcome Centre at UCL explored how mice learn about their spatial environment and the behavioural strategies they use to take the shortest route to a shelter when they are scared. In a new study, published today in Current Biology, the researchers show that mice learn the shortest route to escape after only 10 minutes of exploring the environment and they do not need previous experience of threat. 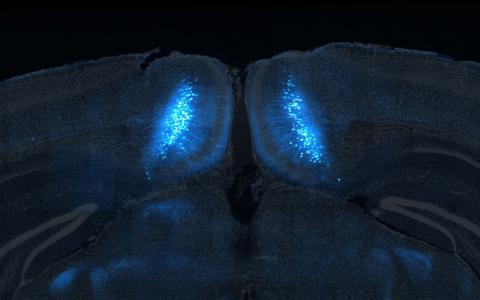 The latest preprint from the Branco Lab at the SWC expands scientists’ understanding of the neuronal mechanisms that guide escape when faced with imminent threat.

How does your brain decide what to do in a threatening situation? A new paper published in Nature describes a mechanism by which the brain classifies the level of a threat and decides when to escape.