The thalamus is the primary gateway of information flow to the cerebral cortex and is intricately linked with cortical function. Historically, studies have focused on so-called ‘first-order’ nuclei in the thalamus, which bring information from the sense organs, such as the eyes and ears, to the cerebral cortex. These first-order nuclei are therefore relatively well-understood; yet the rest of the thalamus remains much more of a mystery. However, recent studies have indicated that higher-order nuclei, which make up the remainder of the thalamus, may play a vital role in regulating various cognitive functions.

Sonja Hofer and her team at the Sainsbury Wellcome Centre are trying to uncover the precise organisation and function of a higher-order thalamic nucleus called the pulvinar, which is the largest thalamic area in humans and is strongly interconnected with the part of the cerebral cortex responsible for vision. To start making models of the pulvinar’s function, it is crucial to first understand the anatomical organisation underpinning the communication between thalamus and cortex. Therefore, Sonja Hofer’s team began by asking some fundamental, yet unanswered, questions: Where do specific neurons in the pulvinar get their input from? Where do they project to? And what information do they convey to different areas in the cerebral cortex?

Determining the organisation of thalamocortical communication

Traditionally it was thought that once information reaches the cerebral cortex, it is communicated between cortical areas through intracortical pathways that process information for cognitive brain function. The work from Sonja and her team – published recently in Neuron – challenges this view. They show that the pulvinar connects different visual areas, forming indirect communication channels for visual information through the thalamus, for instance from primary visual cortex to higher visual areas. 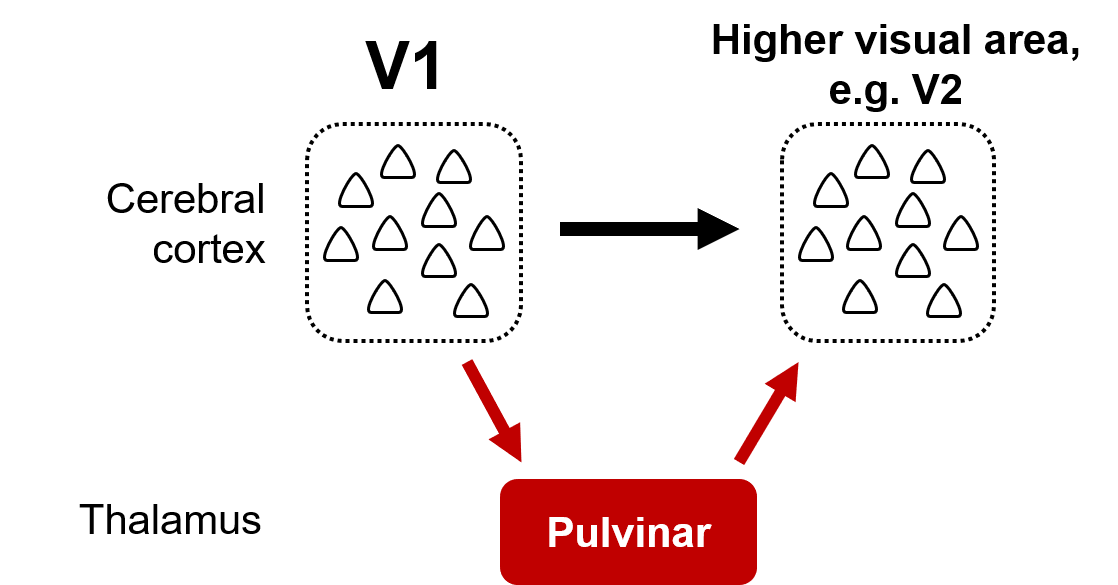 The SWC researchers made these discoveries by using monosynaptic rabies tracing, which allowed them to determine where pulvinar neurons, that project to a specific cortical area, receive their input from. Additionally, optogenetic manipulations to silence specific cortical areas enabled the researchers to probe their influence on specific thalamocortical pulvinar pathways. These experiments revealed that the pulvinar is driven by input from primary visual cortex, but integrates this input with signals from many other cortical and subcortical areas. 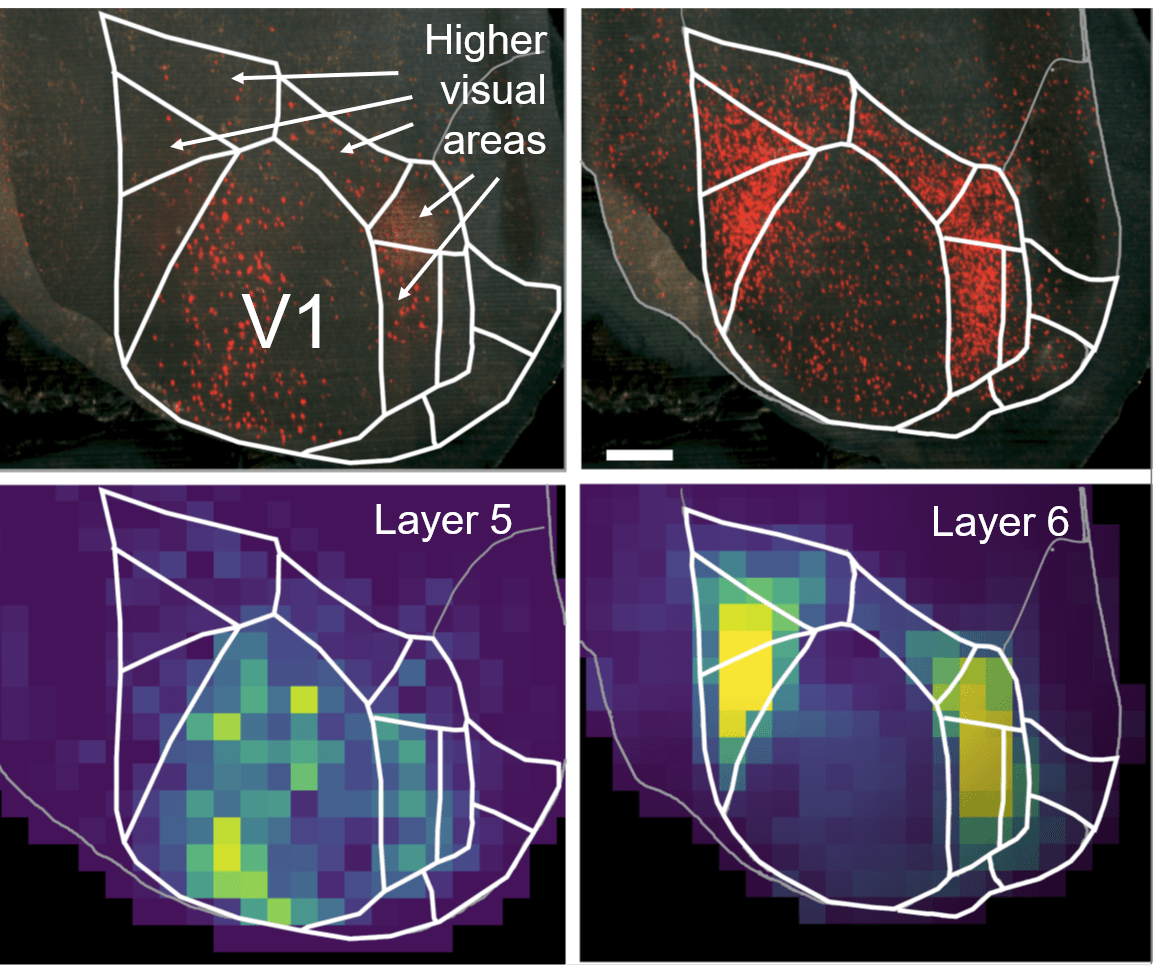 Endeavouring to solve the mystery of thalamocortical communication

Sonja and her team also used two-photon calcium imaging to figure out what information these pathways through the pulvinar bring to the cerebral cortex. This method allowed them to record neuronal activity from the pulvinar projections themselves and determine whether different information is sent to different areas. They found that the pulvinar does not broadcast the same signal everywhere, but instead it sends specific visual and non-visual information to different parts of the cortex. Moreover, the thalamic communication channels between cortical areas provide information that is different from that sent directly through cortical channels to the same area.

But what is the function of these indirect thalamic communication channels? One hypothesis Sonja and her team have is that the pulvinar may integrate information already present in the cortex with new signals from subcortical areas. These signals may, for instance, provide information about the behavioural context the animal is in, which is important for interpreting visual signals arriving from the eyes.

For example, the brain needs to be able to distinguish self-generated visual motion from external object motion. Many of us have had the experience of sitting on a train at a platform and seeing another train ‘move’ but not knowing whether it is yours or the other train that is in motion. This is a problem our brain has to solve all the time as we move around our eyes and head. The pulvinar may provide information to the cerebral cortex that allows it to distinguish self-generated visual motion from visual motion in the environment. And indeed, Sonja’s team found that the pulvinar sends such combined visual and motor information to a specific visual cortical area. It may thereby facilitate the interpretation of visual information within a certain context to help make sense of the environment.

The next piece of the puzzle

The next steps for Sonja and her team are to carry out targeted manipulations of specific thalamic pathways to determine what influence they have on cortical information processing and an animal’s behaviour.