Animals have many competing goals and drives as well as a barrage of sensory input to process. If our attention and actions are as frenetic as the world around us (as may be the case in attention deficit disorder) we will have difficulty accomplishing our goals. How does the brain deal with all of this competing input? How do neural circuits deal with ambiguous or conflicting sensory information? How do we set goals given the current internal and external information? How do different regions communicate, influence and compete with each other so that the result of this competition is coherent thought and action? These questions cover a range of topics: attention, perceptual and economic decision-making, cognitive control, planning, working memory, coordinate transformation and others.

To answer these questions the lab uses a high-throughput rodent training facility where we can run hundreds of subjects per day. This allows us to explore training paradigms for novel tasks and to collect data from large numbers of subjects to study individual differences. We combine these complex behaviours with high-channel count neural recording, pharmacology, opto/pharmaco-genetics, and cognitive/computational modelling to develop intuitions about how neural circuits contribute to specific aspects of cognition. To manage the facility we employ many tools from DevOps: a MariaDB database to store our data; GitLab to version our code, manage projects and track issues; Ansible to automate the configuration of hardware; messaging frameworks like ZeroMQ and RabbitMQ; web-dashboards built in Clojure and React; Conda to manage development environments. Some of our favourite analysis tools are Stan for Bayesian statistics, DeepLabCut for video analysis, the Tidyverse and MixedModels in R, Pluto.jl, PyTorch, VS Code and more.

We have a strong commitment to open science and improving reproducibility. This manifests as preregistering our experimental plans, sharing our code and data, and participating in outreach and education. We also try to use open-source/low-cost hardware when possible to make it easier for labs across the world to replicate our setup and our results.

1.    The neurobiology of economic preferences

Economic decisions are multi-attribute decisions that reveal a subject's preferences. For example, in choosing between £10 today and £20 in a year, the two attributes are money and time. Depending on individual time-preferences, one might choose the smaller-sooner reward or the larger-later reward. Time-preferences are of particular importance to public policy, since steep delay-discounting (also known as impatience or impulsivity) is correlated with a number of negative outcomes: drug use, criminality, low educational attainment and others. While delay-discounting has been extensively studied, many questions remain about the biological basis of this phenomenon. One challenge is that animal studies, by necessity, use non-verbal cues and short delays, while human studies generally use verbal cues and long delays. We have been working on bridging the gap between human and animal studies by training humans in non-verbal tasks, much like we would train a rodent.

Another important element of economic choice is risk-preference, or tolerance for uncertainty. Our lab has trained many mice, rats and humans on a risky-choice task to examine what similarities and differences there are between the three species at a behavioural and cognitive level: what are the limits of using mice and rats as models human economic decision-making? We use a model-comparison approach, creating large families of models with different factors (e.g. history dependence, biases, marginal utility, variance aversion, reference point) and using cross-validation to determine which factors are necessary to explain the behaviour of animals of different species. We have also begun to investigate the distinct roles of the neural circuit elements underlying risky choice. In my lab we have been studying freely-moving animals. In collaboration with the Duan Lab we will study risky-choice in head-fixed mice to expand the tools available for observing and perturbing neural circuits involved in decisions under risk.

The long term goal of this research direction is to understand how chronic stress influences economic preferences and the link between genes, neural circuits and economic decisions.

The brain evolved in a competitive environment where success depends on predicting the actions of other agents in the world. Historically, due to technical limitations, most of systems neuroscience has studied individual animals performing well-controlled tasks for reward.

Recent advances in computer vision have made it feasible to track multiple animals in real-time and to extract detailed information about the behavioural motifs of animals. This information can be used to construct environments where the reward structure encourages cooperative or competitive behaviour: for example, a certain patch can be very rich if two-animals forage together (promoting cooperation). By combining computational modelling of multi-player behaviour with observation and perturbations of neural circuits, we hope to better understand the cognitive and neurobiological bases of social decision-making.

This research is carried out in collaboration with the Duan lab. Click here for more details.

Every vertebrate animal has sensors on its head—e.g. eyes, ears, nose—that are actively guided or oriented towards interesting and important objects in the environment. For an animal in the wild, attending or ignoring some element of the environment, like the slight movement of a lion in the grass, could mean the difference between escape and becoming the lion's dinner. People face similar life and death decisions when they decide to ignore traffic to respond to a text message while driving or crossing the street. Less exciting, but also important, people engage this cognitive process when reading and also in social situations. Students with reading disabilities can significantly improve their comprehension when given "eye movement therapy" designed to improve their control of visual attention. During social interaction, most people scan the face of the other person, especially the eyes, to see how the person is feeling. Individuals with autism have disrupted eye movements in social interactions, often looking away from faces. These abnormalities have been linked to areas involved in social and emotional processing, like the amygdala and superior temporal sulcus, but there is also evidence for more fundamental issue with their orienting processes outside of social contexts.

In addition to the important role of orienting in brain disorders, there are deep basic scientific questions that are related to the orienting system.

More and more neuroscientists are coming to consensus that the function of the brain is not to represent the world, but rather to predict it. This idea is intuitive from the perspective of Darwinian natural selection: an animal that can predict better can avoid predators and forage more successfully; their actions will be more efficient. How does this relate to the orienting system?

Every time someone moves their head the information coming into their sensors—eyes, ears, etc.—changes. They need to know when changes to sensory information are self-generated vs. externally generated in order to experience the world as stable. So a fundamental question about cognition is how our information that comes into our nervous system in a sensor reference frame is used to update a stable world-model that people (and presumably non-human animals) experience and use for goal-directed behaviour, which is then transformed again into motor commands in a muscle reference frame.

To study these questions, we train rodents on spatial decision-making tasks where we ask them to plan movements or sequences of movements to different directions and using world-centred and self-centred instructions.

Frontal but not parietal cortex is required for decisions under risk

More than just a “motor”: Recent surprises from the frontal cortex 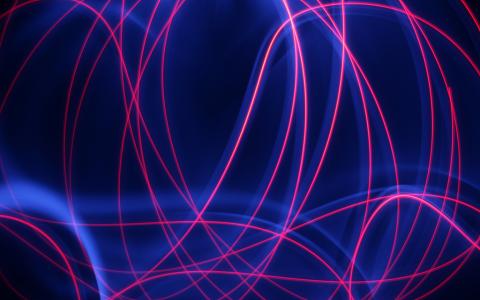 We are delighted to announce that Dr Jeffrey Erlich has joined the Sainsbury Wellcome Centre as a Group Leader. Jeffrey Erlich’s lab at SWC will focus on three central research topics: the neurobiology of economic preferences, social cognition and spatial cognition.