As the adage goes “neurons that fire together, wire together,” but a new paper published today in Neuron demonstrates that, in addition to response similarity, projection target also constrains local connectivity.

Researchers from the Sainsbury Wellcome Centre have been looking to elucidate the rules of connectivity of neurons in the neocortex with the long term goal of building models to understand how the brain makes computations and how properties of neurons arise from the structure of their connections. 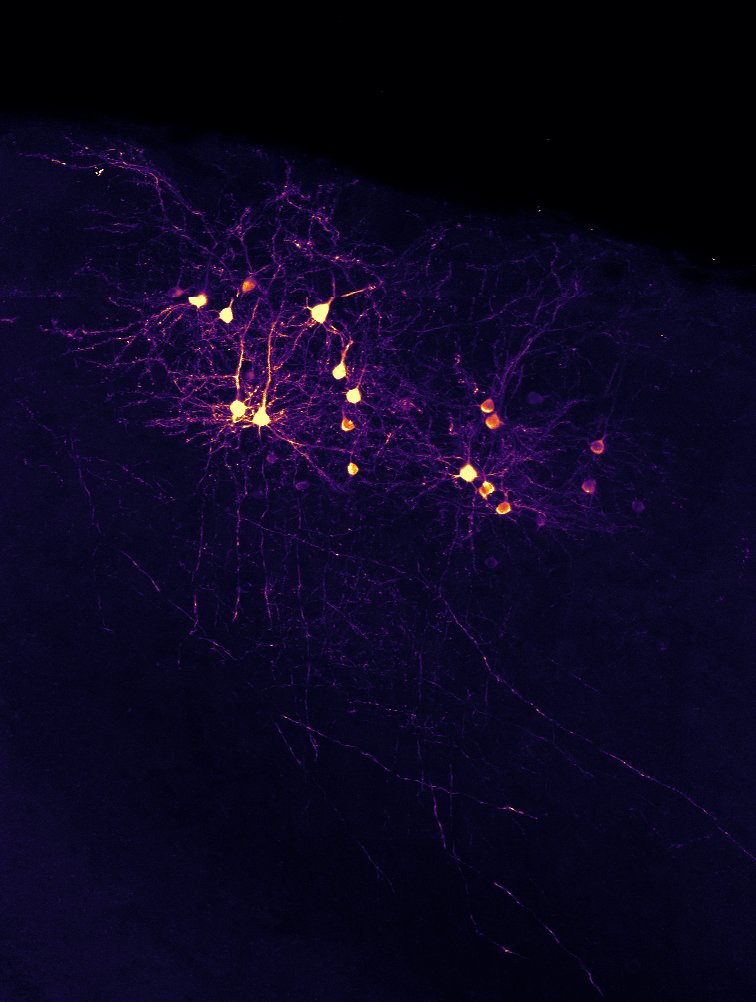 In the study, Kim, Znamenskiy et al. examined the connections between different types of excitatory neurons in the primary visual cortex (V1) that project to two higher visual areas, anterolateral (AL) and posteromedial (PM), in mice.

Importantly, the researchers found that cells with the same projection target (e.g. the AL-projecting neurons) made connections with one another but rarely made connections with their PM-projecting neighbours. “Cells projecting to different targets are excluded from interacting with each other, despite being neighbours. This new ‘exclusion’ principle of connectivity is puzzling given that these neurons frequently respond together to the same sensory stimuli”, says Tom Mrsic-Flogel, a senior author on the study.

Why might it be that there is very little cross-talk between these two output channels within visual cortex? Previous work from the Mrsic-Flogel lab showed that you can predict which cells in visual cortex connect by looking at their responses. Cells that are active at the same time and respond to similar types of visual stimuli are much more likely to connect to each other. However, this does not hold for AL- and PM-projecting cells which are functionally quite similar but somehow avoid making connections with one another. One possibility is that the signals transmitted by these cell populations are kept separate to allow independent control of these output pathways.

If they fire together but are not wiring together, how are these parallel channels to AL and PM are set up? One future avenue is to explore whether there are molecular mechanisms that dictate these specific wiring rules. The researchers will also explore how widespread these ‘hardwired’ patterns of connectivity are in the brain.

Petr Znamenskiy, joint first author on the paper, commented on the importance of the work: “The flow of information in the brain is defined by where individual neurons get their inputs and where they send their outputs. To gain a mechanistic understanding of neural computations, we need to know these rules of connections.”

Future research will focus on the functions of these independent output channels and how individual neurons decide what inputs to select and where to send their axons. Through further understanding of the molecular mechanisms of these rules, the researchers hope to piece together the processes that govern the brain’s intricate wiring.

This research was supported by the Gatsby Charitable Foundation, Wellcome, European Research Council and the Swiss National Science Foundation.