One of the most widespread neuroscience myths is that we only use 10 percent of our brain. But where did this myth come from and how many other myths about the brain are out there? I spoke with world-leading neuroscientists and asked them to share common neuroscience myths they’d like to debunk.

“The obvious myth is that we only use 10% of our brains, this is totally unfounded and is a gross underestimation.” Dr Adam Hantman, Group Leader, Janelia Research Campus

“People always ask me whether it is true that we only use 10% of the brain but actually it’s closer to 1%. More seriously, my response is to ask what percentage of your car do you use? You need all parts working even when you are using it below capacity, driving alone at slow speeds.” Adam Kepecs, Professor and Chair of Neuroscience Program at Cold Spring Harbor Laboratory

So where does the myth come from? According to Dr Yoav Livneh, Harvard Medical School: “The famous psychologist William James is thought to have said something like, “we only use 10% of our potential” and then people have translated this concept to the brain and the saying became 10% of your brain. However, those two are very different things!”

“Something I hear a lot is that “we know nothing about the brain”.  In a way, this is very true, but in another way, it is completely false.

A question that I keep debating is ‘what exactly do we understand about the brain’?

I have heard several times the statement that current neuroscience is like studying genetics before the discovery of DNA. We are still at a stage where we are waiting to find something that makes sense of everything. I find this view optimistic, because it assumes that we will eventually find something that will elucidate the brain.

A colleague once told me that current neuroscience can be thought of as alchemy before chemistry. We really understand nothing and ask the wrong questions, but through this process we are developing tools and methods that one day will be used to ask the correct questions.” Dr Alon Rubin, Weizmann Institute of Science

“People often think that the central nervous system is mainly composed of the brain, but the spinal cord is important too because ultimately everything has to go through the spinal cord.” Dr Graziana Gatto, Salk Institute

“People think the spinal cord only handles simple reflexes, but I think we don’t fully know the complexity of the spinal cord yet. There are a lot of things where the spinal cord takes complex messages and has to work it out into motor neuron space. I don't think we give spinal cord enough credit.” Dr Adam Hantman, Group Leader, Janelia Research Campus

4.     The amygdala only controls fear

“People think the amygdala only does fear, but it actually does many things.” Kim Stachenfeld, PhD, Research Scientist, DeepMind

“One important myth that I’d like to debunk is that small simple animals aren’t useful in making progress in understanding the human brain. You are able to gain a big benefit technologically when you're willing to work with a small animal, and I think that you're able to better dissect behavioural and eventually cognitive processes. 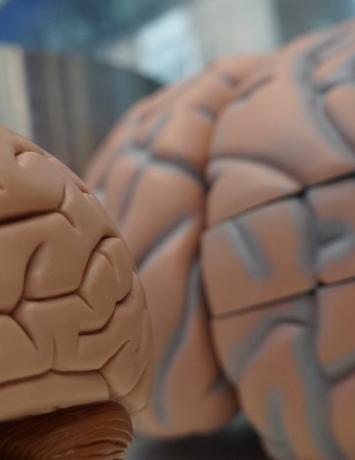 13 fascinating facts about the brain from leading neuroscientists

Leading neuroscientists from around the world share their favourite neuroscience facts for Brain Awareness Week.
Blog

Discovering how the brain gives rise to behaviour

How does the brain allow us to think, feel, see, smell, hear, laugh and love? By bringing together world-leading experimental and computational neuroscientists, the Sainsbury Wellcome Centre’s mission is to explain how activity in brain circuits gives rise to thoughts, sensations, memories and actions.