“There may have been an unsaid yearning to understand collective behaviour after a pandemic defined by the importance of collective over individual actions,” said Dr Mattias Horan, PhD student at SWC, as he speculated about why collective behaviour was a “runaway favourite” as a theme for this year’s student symposium.

Since 2018, PhD students at SWC and the Gatsby Computational Neuroscience Unit (GCNU) have organised a symposium each year, bringing neuroscientists together from across the world to discuss current and future problems in neuroscience. With previous symposium topics ranging from application of research findings across nervous systems of various species to how brain-machine interfaces could shed light on neural function, the topic of this year’s symposium centred on how ‘dumb’ individual agents can come together to produce smart collective behaviours.

What are the rules governing how agents, such as ants in a line, interact with each other in groups versus individually or even in pairs? And how can understanding collective behaviour in each sphere of biological, artificial, and neural agents help us understand the other spheres as well? What can we learn from the world of dance and artistic exhibitions to observe how individuals transcend the sum of their parts? 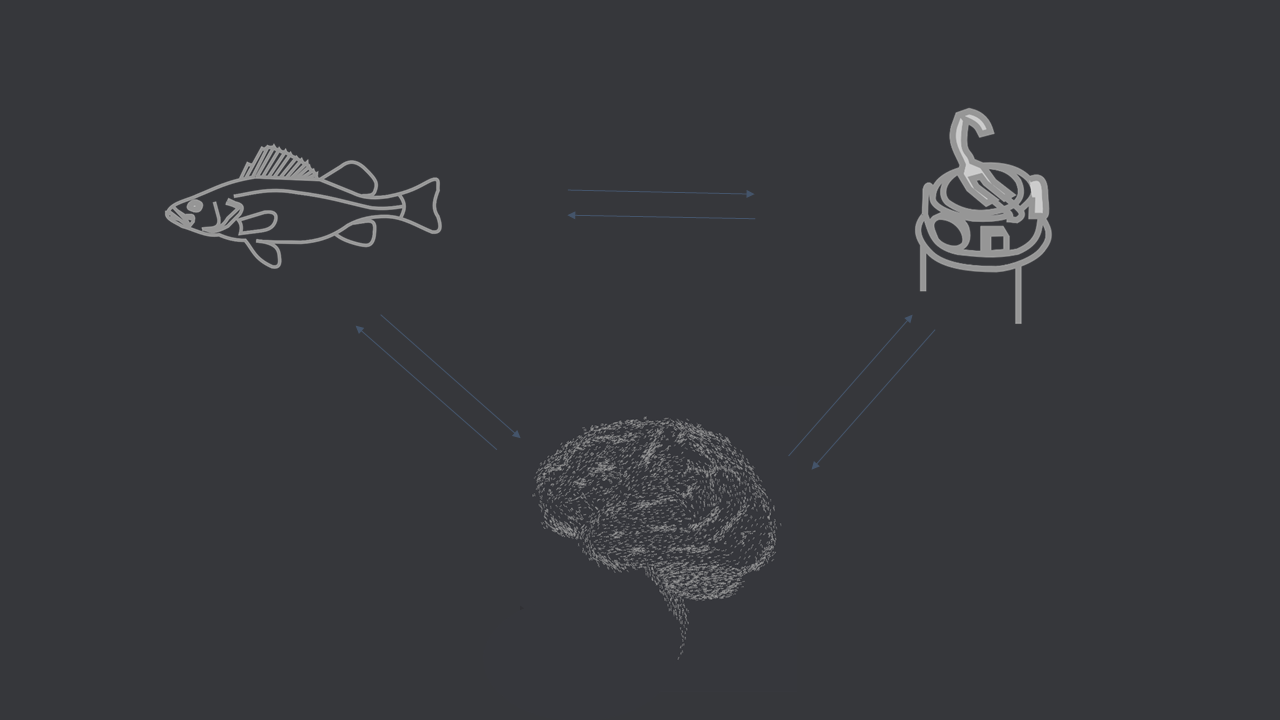 How can understanding collective behaviour in each sphere of biological, artificial, and neural agents help us understand the other spheres as well? Credit: Student Symposium Organisers

Liang Zhou, PhD student at GCNU, shared his enthusiasm for the invited speakers’ take on these questions. “The excellent speaker line-up really brought this year’s theme to life. It gave attendees from Gatsby and the SWC a whirlwind tour of a remarkably fascinating and complex topic, adjacent but not directly tied to what we work on. And the Physics Nobel this year was awarded to complex systems, which was a neat coincidence.”

Thanks to the fully online platform, the audience spanned the globe last year. This year, the organising committee decided to take a hybrid approach, in the form of online talks by invited speakers, followed by student presentations at the institute. This new format was also a success, as described by Zane Mitrevica, PhD Student in the Murray Lab at SWC. “We had fewer technical hiccups than last year and received overwhelmingly positive feedback from our speakers.”

And so began a collective quest by 205 registrants to probe the workings of collective behaviour.

Can information percolate through a group? Dr Iain Couzin (Max Planck Institute for Animal Behaviour) kicked off the symposium with his enlightening talk on collective decision-making by groups of fish, making use of virtual reality to introduce individuals with varying preferences.

How do organisms solve the challenge of communication, using only natural resources? Using fireflies and honeybees as model organisms, Dr Orit Peleg (University of Colorado Boulder & Santa Fe Institute) shared her research on how they respectively use chemical and visual signals to communicate. By first performing behavioural experiments and then testing via mathematical and computational modelling, her team found that honeybees create scenting gradients together to orient toward the queen and that fireflies synchronise with one another’s light flashes in nature. 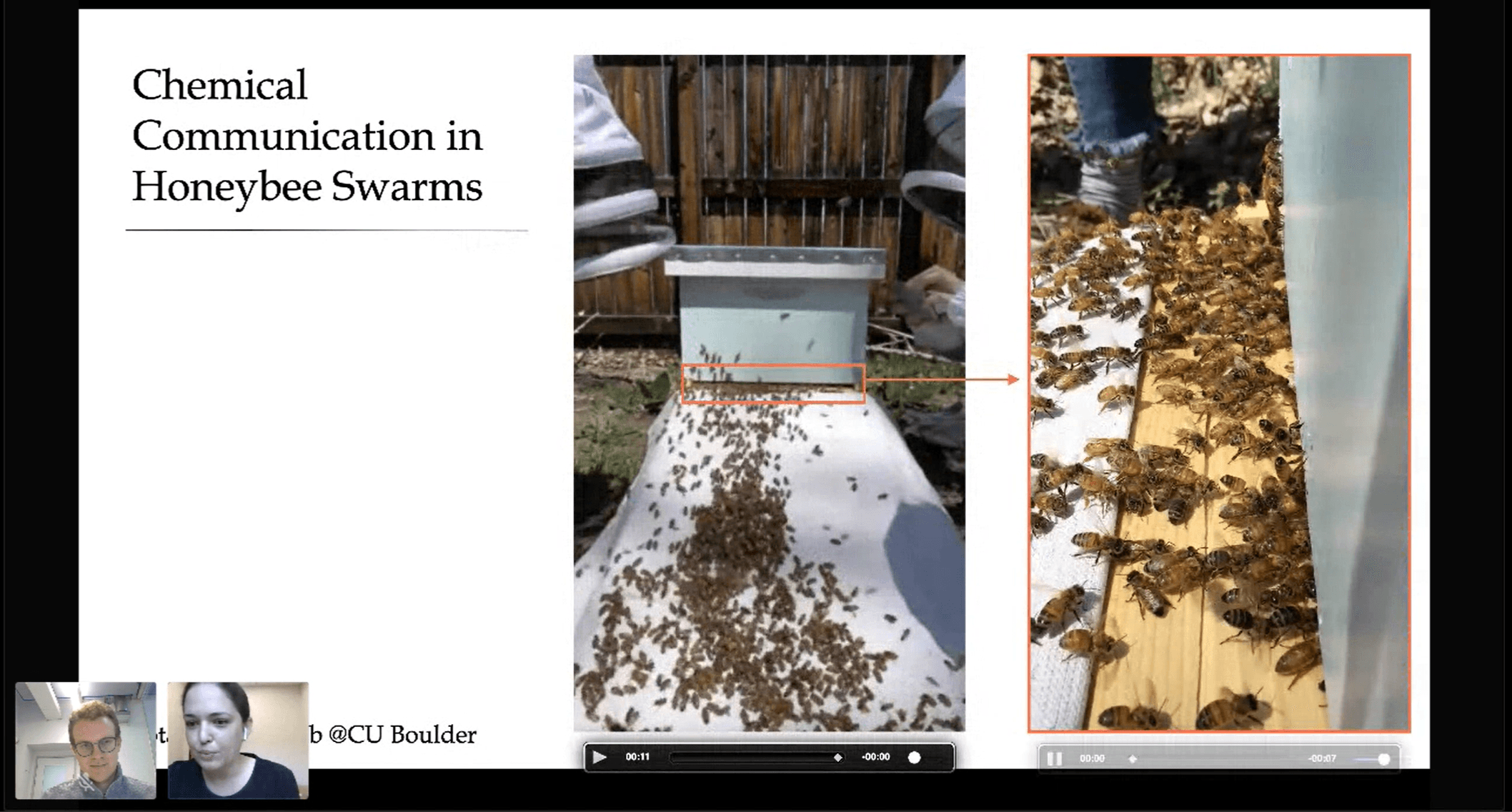 In addition to the talks, the symposium introduced a new student engagement activity this year. “Even though all talks were given remotely, I think we did a good job making the symposium interactive by having relatively long and engaging question sessions moderated masterfully by Nici, Ali, Liang, and Nicole, and a somewhat unusual student engagement activity that had been conceptualised by Svenja and was spearheaded by Mattias,” shared Zane. “Admittedly, I had been somewhat sceptical about our student engagement idea for a while, but it ended up being my favourite part of the day thanks to our speaker's (Orit Peleg's) fascinating research and open-minded attitude and the brilliant people I had teamed up with.”

How do you design an individual agent and its local environment to get a desired swarm behaviour? From nano-carrier particles that target tumour tissue and robots buzzing across a plot of land to sustain patches of soil with nutrients, to robot swarms for gathering people’s ideas in a mall for fighting climate change, the talk by Dr Sabine Hauert (University of Bristol) inspired the use of safe artificial swarms to enhance quality of human life. 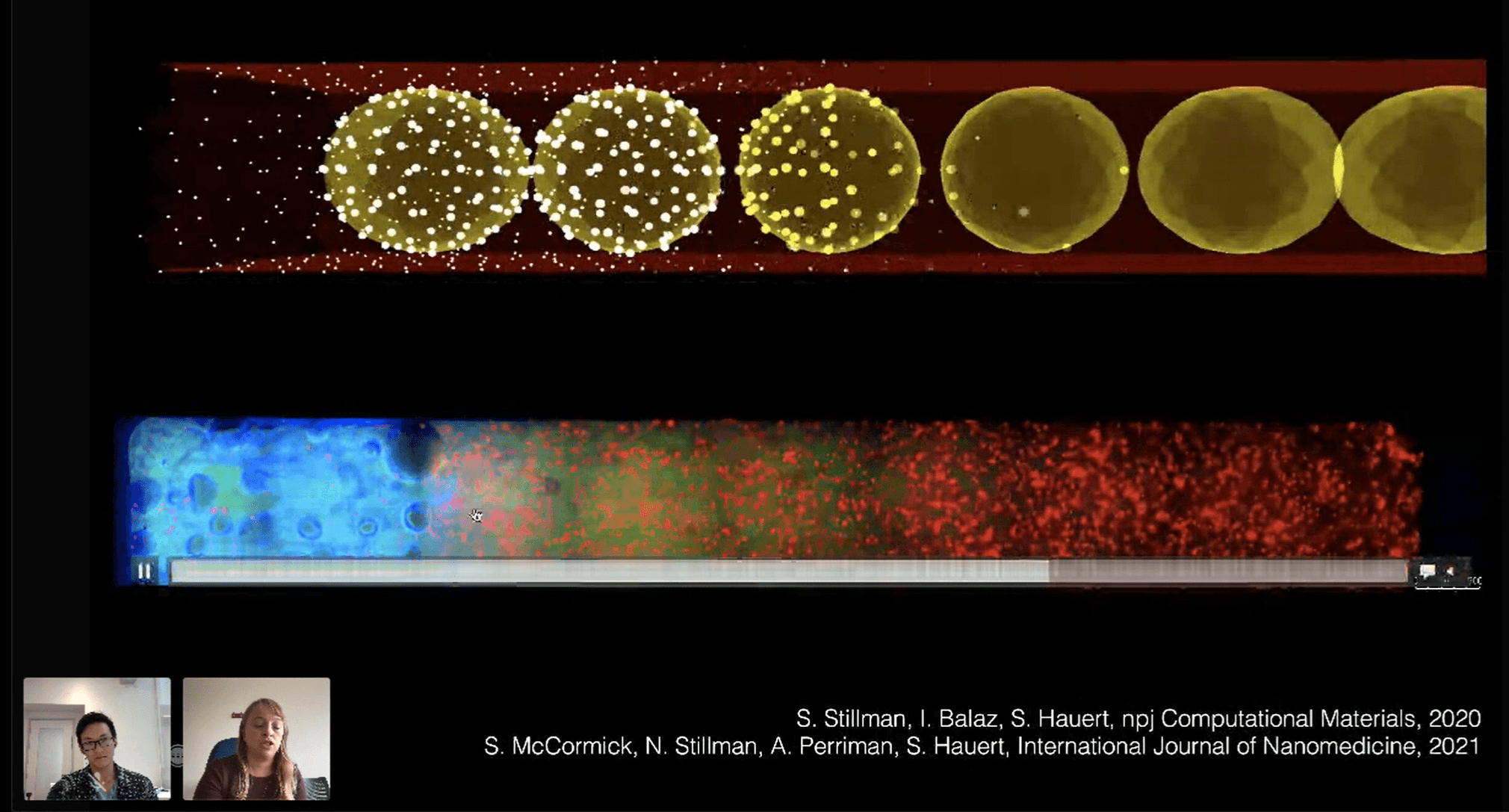 Can lessons from natural swarms offer insight into the design of artificial ones to build user-specified structures? Dr Justin Werfel (Harvard University) discussed mound-building termites’ use of the cement pheromone to build collective structures and how we can use the world and limit complexity to translate some of these phenomena to design emergent collective behaviour out of artificial agents. A highlight of his talk was a simulated showcase of how a logo of the student symposium itself can be built by independent climbing robots.

In her talk, Dr Viola Priesemann (Max Planck Institute for Dynamics and Self-Organization) shared her work exploring the quantification of spreading dynamics in the brain and how she reoriented her research during the pandemic to build upon the test-trace-and-isolate approach for containing outbreaks.

Ali Haydaroglu, PhD student, had a chance to speak with Dr Priesemann as part of a new student engagement portion of the symposium this year. “We tried out a new idea to get students to engage with the speakers where a group of 4 students tried to come up with a collaboration idea with the speaker after their talk. The speaker I was talking to, Viola, said she enjoyed the engagement, and it seemed like the students also enjoyed the opportunity to talk to her.”

Dr Adrienne Fairhall (University of Washington) discussed her work on how the nerve net of the hydra gives rise to complex behaviours. Thanks to recent genetic lines, its transparent body, and newly characterised cell types, the hydra offered a unique avenue for Dr Fairhall and her colleagues to explore how individual neurons drive behaviour via biomechanics of its epithelial network. 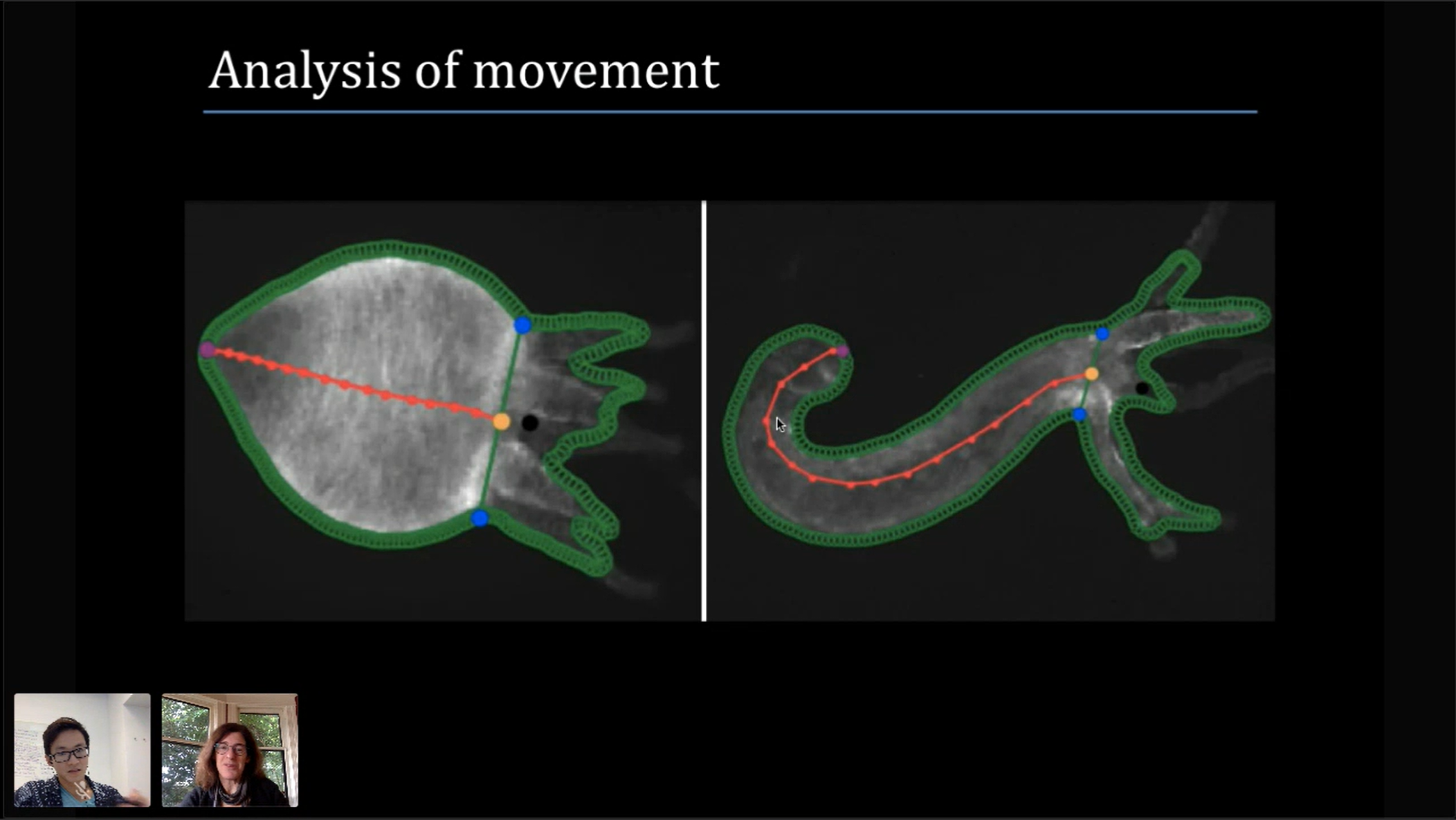 Liang introduced Dr Adrienne Fairhall, right, who discussed how her team analyses the hydra’s movement to understand its neural mechanisms.

Learning from the art world

Dr Ivar Hagendoorn joined the conversation from his vantage point as a researcher and artist to create complex choreography and explore algorithmic complexity as an aesthetic value. He invited the audience to analyse the movements of individual dancers in a series of videos to understand how they can communicate and create intricate patterns during a performance.

“I am very happy with the introduction of artists in the symposium. It really gave a different perspective on the subject,” shared Clementine Domine, GCNU PhD student. 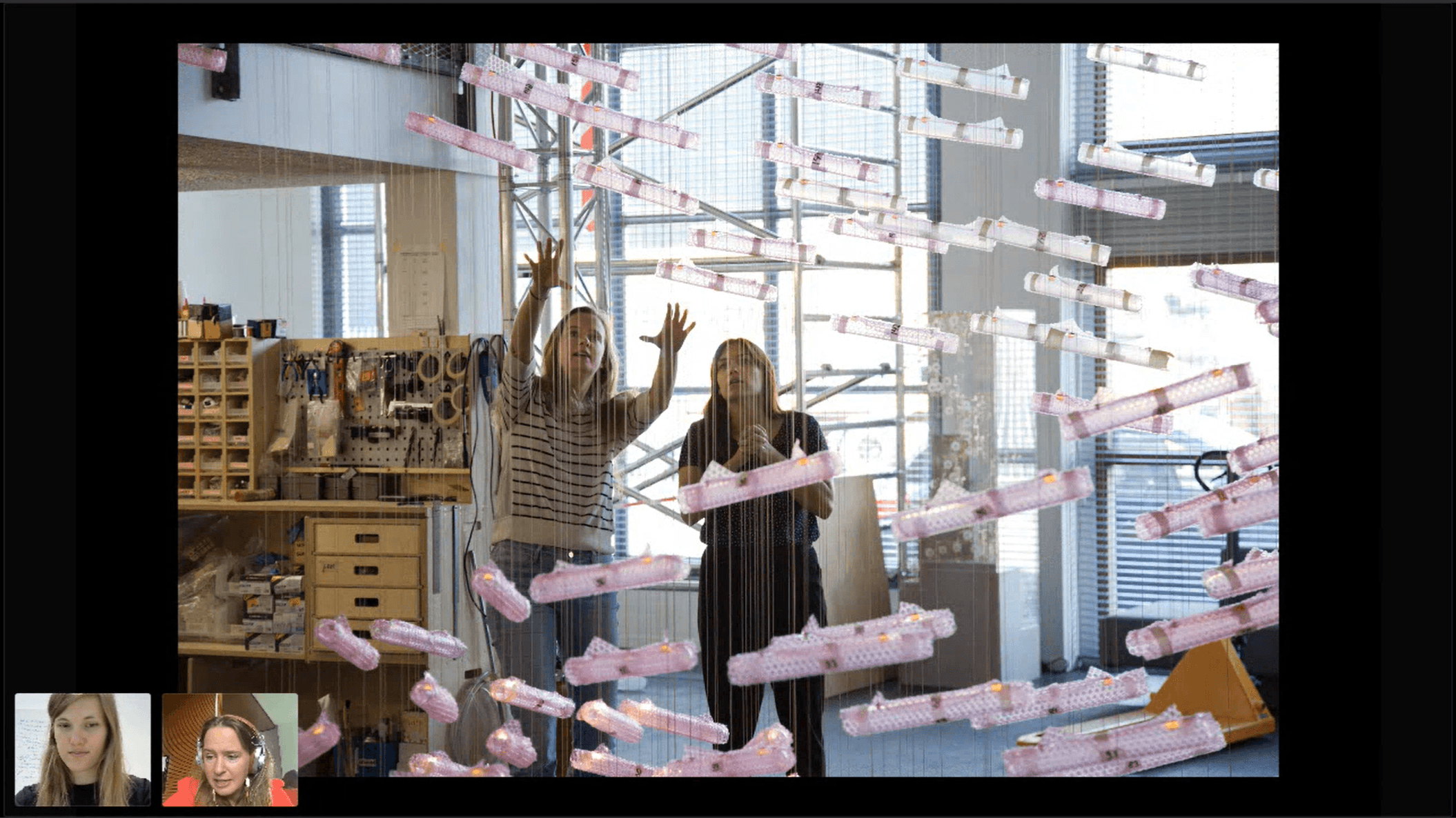 Lonneke Gordijn of Studio DRIFT captivated the audience with her team’s approach to learning from the complexity of nature for creating exhibits and kinetic installations that inspire awe and curiosity. Particularly of note was a video she shared of a swarm of drones that lit up the night sky during collective flight.

“Getting insight into how science can be used in other disciplines, such as dance and art, created an additional perspective to the topics that were discussed,” remarked Nicole Vissers, PhD student in the Hofer lab at SWC. “It is great to see such a variety of science and scientists work together, trying to understand and curiously question aspects of each other’s research.”

“I really enjoyed working in the symposium organising committee and was very happy with how the symposium went. I especially liked how the speakers’ backgrounds all centred on aspects of collective behaviours, but spanned many different disciplines and perspectives,” said SWC PhD student Nicole Maug. “From holographic zebrafish in Iain Couzin's matrix, to Justin Werfel's collective construction with robots and themes of complexity in choreography in Ivar Hagendoorn's work, there was a lot of variety. This also made the student engagement sessions especially fun to watch in the evening. I’m overall very happy that all the organisational work paid off and the day came together so well!” 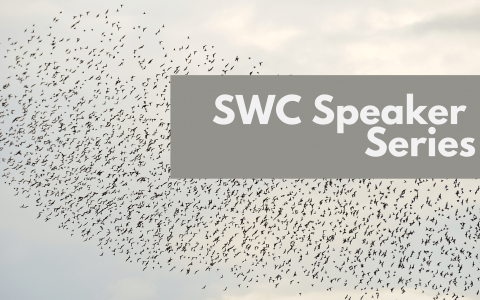 Like a flock of birds in the sky, our behaviour is influenced by those around us. Professor Krause, who recently gave a SWC virtual Seminar, outlines his research on how animals make decisions in groups and the potential applications of these principles for human society. 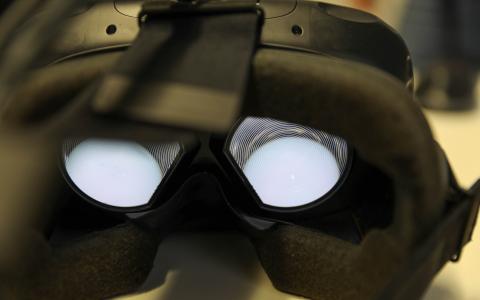 The Gatsby Computational Neuroscience Unit (GCNU) is located at the core of the building and has a close working relationship with the Sainsbury Wellcome Centre.