Does the brain recycle mechanisms for learning and attention?

Does the brain recycle mechanisms for learning and attention?

Learning and attention are both essential for survival. These two phenomena have a similar purpose: to allow the brain to improve behavioural performance. Yet we don’t know whether the brain implements these processes in the same way. Researchers at Sainsbury Wellcome Centre are working together with neuroscientists at King’s College London, University of Cambridge and Imperial College London to uncover how often the brain recycles underlying mechanisms for processes with similar functions, such as learning and attention.

While similar in purpose, learning and attention have one key difference: they happen over different timescales. Learning usually occurs over a relatively long timeframe. For example, it takes days or weeks to learn to become better at driving.

In contrast, the ability to pay attention to something, or not, happens over a much shorter timescale. For instance, if you are sitting in the passenger seat of a car you pay less attention than the driver, yet you can rapidly switch between those two modes.

In both cases, the brain adapts to changing demands. This ability is superbly demonstrated by the following awareness test video.

If the brain has a mechanism for adapting to better respond to stimuli for learning, wouldn’t it simply recycle that ability over and over again for different timescales?

Up until recently, it has been very difficult answer this question because studying the exact same neurons across periods of time has been technically challenging. This has made it difficult to discover whether the brain implements learning and attention in the same way as we need to be able to track neurons involved in these two processes over their different timeframes.

Typically, neuroscientists have inserted electrodes into the brain to record spikes from neurons, however over time the electrodes drift meaning that researchers only have a maximum of a few hours before they lose signal. This makes it very difficult to record from the same neurons over time.

With the advent of 2-photon microscopy, neuroscientists can now record images of activity in the brain through a glass window in the skull. They can look deep inside the brain at the activity of neurons using calcium dyes that become fluorescent when the neurons are active. Using this approach, they can come back day after day and focus their microscope at the same depth and find the exact same neurons and track what they are doing.

In a recent bioRxiv pre-print, Adil Khan, Jasper Poort and team from the Hofer and Mrsic-Flogel labs used 2-photon imaging to directly compare the modulatory effects of learning and attention on the same identified excitatory and inhibitory neurons in mouse primary visual cortex (V1).

First they studied the learning process itself, by tracking neurons over the course of a week and observing how their activity changed as the mice learned a behaviour. Then they tracked the same neurons as they taught the mice to switch attention.

While it typically takes a long time for animals to learn a new behaviour, in this study the researchers were able to teach the mice the new task, to attend versus ignore, within a single day. The trick they used was to exploit the sense most important to mice: olfaction. By presenting the mice with odours, they were able to steal attention from the visual task. This enabled the mice to learn the new task very quickly. 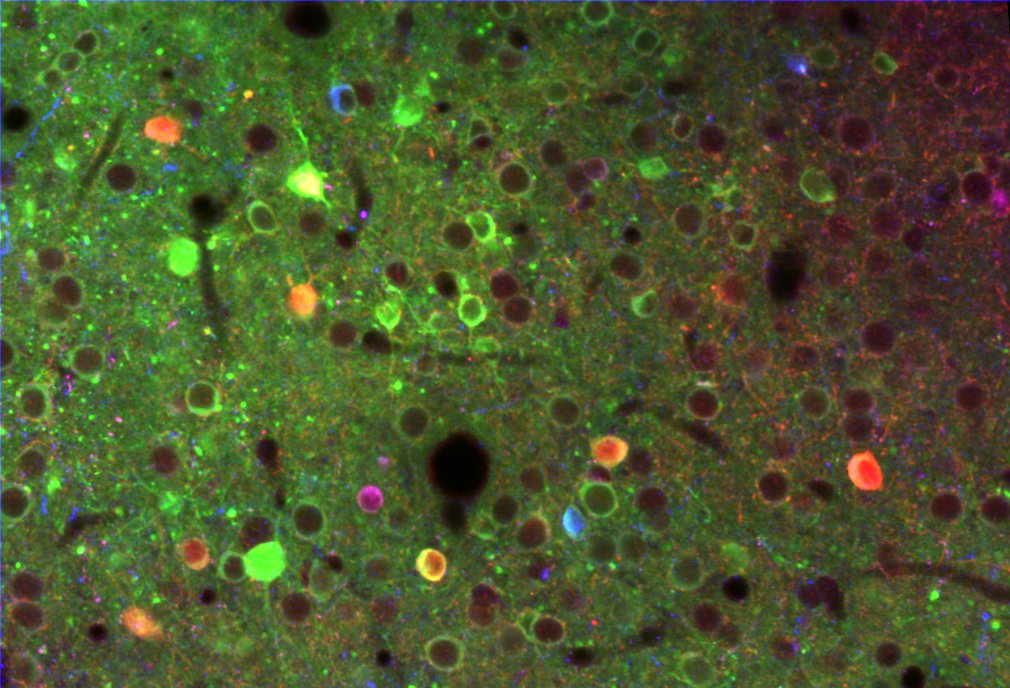 This finding implies that the brain does not recycle its mechanism for learning and attention and instead has independent processes for each. Thus individual neurons residing in the same part of cortex display remarkable versatility as the same neurons can change for both learning and attention, either or none.

The researchers explored this further to understand how the independent mechanisms differ. They found that over the course of learning, most of the improvement came from neurons selectively shutting off their responses to some stimuli and not others. On the other hand, in attention the improvement was largely driven through selectively boosting responses. Thus learning involves selective suppression, whereas attention predominantly involves selective enhancement.

Recycling in other parts of the brain

While it is clear that learning and attention are driven by independent neural mechanisms at the single cell level in the visual system, the next step will be to study whether other parts of the brain recycle mechanisms for processes with similar purposes. The methodological advances used in this study will allow neuroscientists to study the same group of neurons in the brain across different types of behaviour and answer questions about how the same neurons can be subject to very different neural mechanisms. 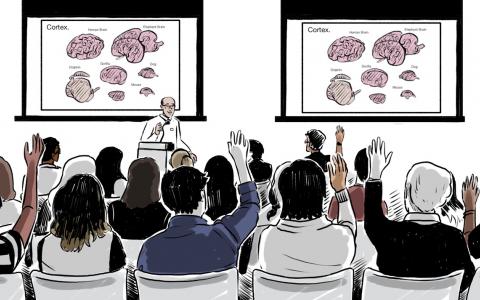 Through an amusing analogy to the components left over after building an item of flat pack furniture, Professor Krauzlis explained that despite knowing a lot about parts of the brain involved in selective attention, there are still areas we don’t fully understand, and particularly the question of where they fit in.